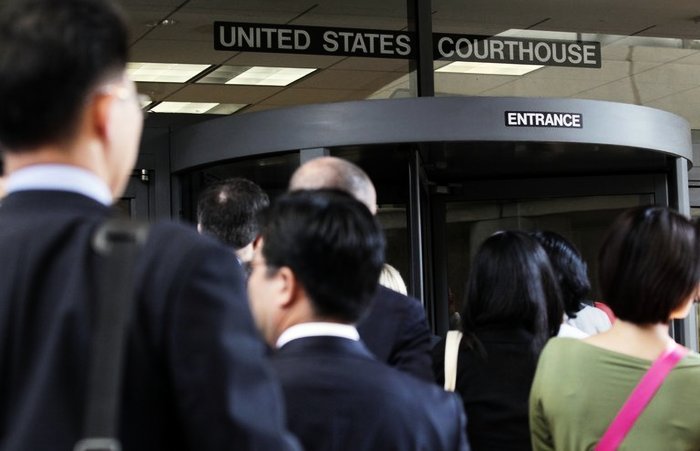 Call it a Rodney King moment, or a holiday Hail Mary, but one California judge is asking long-time judicial combatants Apple and Samsung to play nice. Apparently, the idea went over like last year’s fruitcake. Judge Lucy Koh Thursday made the plea as the two rivals met for an appeal hearing where the South Korean smartphone maker objected to its $1.05 billion patent-infringement fine and Apple argued the penalty should be increased…

“I think it’s time for global peace”, Koh told the two parties, according to the FT.

If there is any way this court can facilitate some sort of resolution, I’d like to do that. I think it would be good for consumers and good for the industry.

It isn’t clear whether lawyers for either side responded directly to Koh’s request.

However, Samsung did score some points with the court when it argued the penalty’s calculation should be based on a device-by-device ruling of the jury’s decision.

While Apple urged Koh to dismiss such a notion, she reportedly called the Samsung request “appropriate”. At another point, the smartphone maker said the jury’s decision should be set-aside, calling into question the impartiality of the foreman, Velvin Hogan.

For it’s part, Apple called the $1 billion penalty against Samsung a “slap on the wrist,” arguing the court should tack on $500 million.

Koh said she would rule on the appeal “at a later date”, according to TechCrunch.

Keep your eyes peeled as iDB continues to update you on the latest in the Apple v. Samsung saga.