Echoing earlier reports, folks in China can now officially get an iPhone 5 as China Telecom, the smallest of the country’s three telecom carriers, started taking pre-orders for the device yesterday. According to a local report, a member of the customer service staff at the carrier’s Beijing branch confirmed iPhone 5 pre-orders in mainland China.

Global Times reached out to a China Telecom rep yesterday who said:

We’ll contact you immediately if the iPhone 5 hits our shelves. China Telecom’s version of the iPhone 5 will go on sale sometime in December.

The carrier’s PR staff wouldn’t divulge the exact shipping date for the device. Spokesperson for rival China Unicom told the paper they have “no information yet as to the arrival of China Unicom’s version of the iPhone 5”.

Apple’s global iPhone 5 roll out entails making the device available in a hundred countries and through 240 carriers by the end of 2012 (it’s coming to Taiwan mid-December). 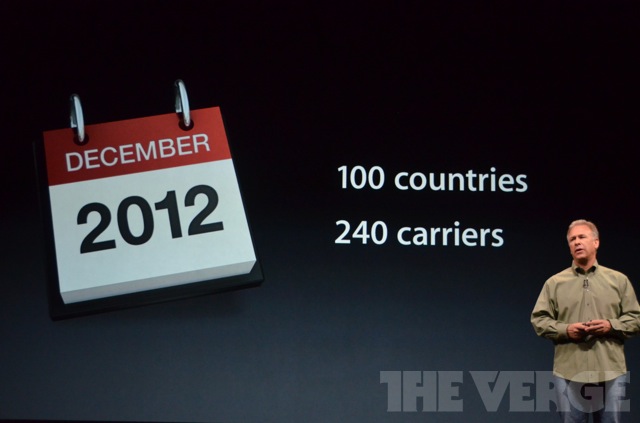 Both CDMA and GSM versions of the iPhone 5 have recently passed the China Compulsory Certificate, removing regulatory hurdles ahead of the official introduction. Employees for China Unicom, the country’s second-largest telco, recently told reporters that they are expecting the iPhone 5 before the year is over.

The Apple smartphone has long been rumored to hit China Mobile, the country’s and world’s largest telco, but any such landmark deal with Apple has yet to be announced.

China-based research firm Analysys International estimates that Android is found on 90 percent of devices sold in China. Research firm Canalys has it that local, inexpensive smartphone brands like Yulong Computer Telecommunication Scientific pushed Apple out of the top five rankings in China.

Analysts for Gartner think that Chinese maker Lenovo will become China’s leading smartphone brand in 2013. China with its massive population of 1.33 billion people is part of the BRIC block, an acronym for the emerging markets of Brazil, Russia, India and China.

Sales of Apple’s smartphone in BRIC territories are under pressure from inexpensive Android devices and Apple’s arrogance in dealing with carriers isn’t helping reverse the trend. Piper Jaffray analyst Gene Munster thinks Apple will need to introduce a sub-$200, contract-free iPhone in about two years time.

Can a cheap iPhone help Apple win some of the market share lost to Android?