I’ve previously written about Apple’s woes in India, where the company was forced to re-price the iPhone 3GS because cheap Android handsets took the market by storm. It’s really the same problem plaguing Apple in any other country, only it’s way more pronounced in India, a 1.24 billion people market that buys 220 million handsets per year.

India is also home to the largest concentration of people living below the World Bank’s international poverty line of $1.25 per day. It doesn’t take a genius to figure out that Apple’s exorbitant pricing model in India couldn’t fly with the vast majority of would-be buyers who simply cannot afford an iPhone at Apple’s terms of business…

Firstly, Apple sells iPhones in India at full price because carriers there are reluctant to cough up billions in upfront subsidies. This means the iPhone is prohibitively expensive for pretty much everyone, but the wealthiest.

Average income in India is about a thousand bucks per year.

Carrier Aircel eased the pain by a reverse subsidy model where you pay the price of the phone upfront but you get monthly discounts for the 24 months or your bill, which can end up getting you the iPhone 4 for free.

But these plans come at a price and no matter how one looks at it, the iPhone is astronomically expensive in India. As a result, Apple’s market share in India, according to IDC, was only 1.2 percent of all handset sales during the second quarter of this year, half the level a year earlier.

Apple lacks retail presence in India due to complicated local regulations and carriers only sell the iPhone in metropolitan areas. However, as reported by The Wall Street Journal, Apple is now changing tactics and bringing iPhone to as many retailers in the country as possible:

Now, Apple is looking to change the way it distributes the phone. A person who has knowledge of the plans says Apple will begin selling the iPhone through specialized distribution companies in an attempt to reach a wider audience, especially Indians who live in thousands of smaller towns.

This includes U.S.-based distributor Ingram Micro and India’s Redington, both of which distributed the iPad and other Apple products in the past.

Tim Cook said back in July that India’s multilayer distribution “really adds to the cost of getting products to market”. But as Apple works with distributors who have their own markup, Cook clearly has realized that Apple must give up some of its hefty margins on iPhones in India to avoid getting slaughtered by competition.

While you’re at it, Mr. Cook, how about doing the same in Brazil and tone down Apple’s arrogance in places like Russia?

This way or another, Apple will find out that a big portion of the next billion smartphone customers will come from emerging markets and these guys are going to be much more price sensitive than the first billion.

A handy breakdown of iPhone 5 pricing across 25 localized Apple Stores reveals Apple has slightly upped the prices of contract-free iPhone 5 in various countries around the world. 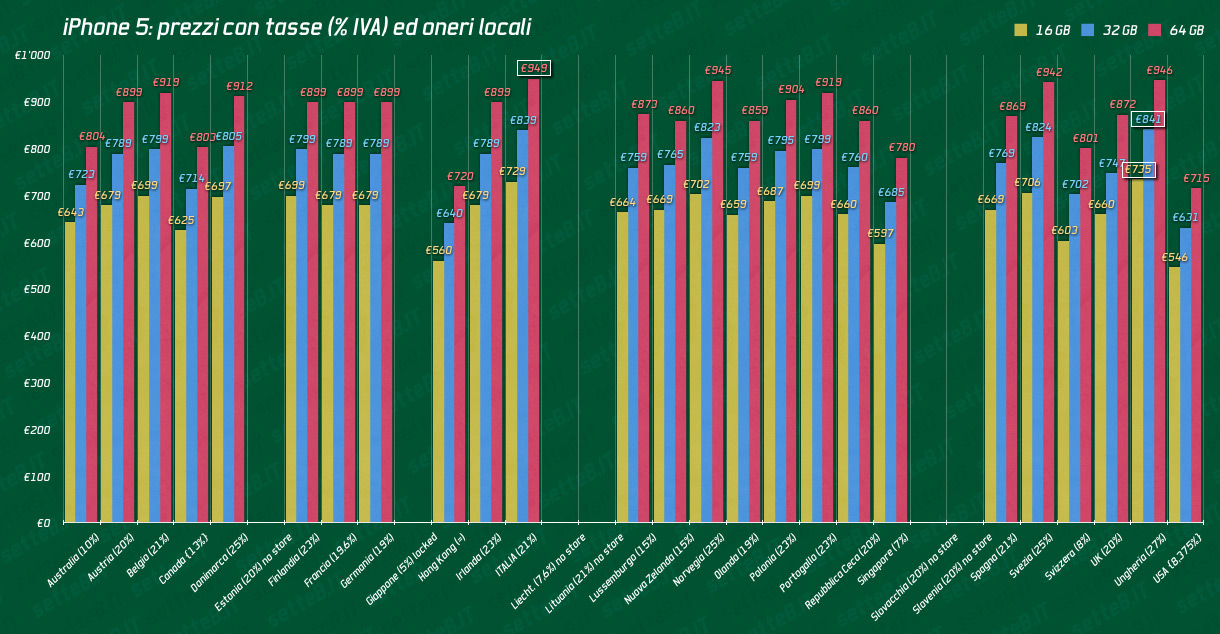 Per ongoing rumors, Apple is also looking to expand its retail presence in India and is believed to be launching the iPhone 5 in the country next Friday, October 26.

Android devices grew over 500 percent year-over-year in Brazil, India, Tailand and Indonesia so here’s to hoping that Apple will also apply its new approach to India to these markets as well.

Apple must realize that folks in emerging markets simply cannot afford to spend a month’s pay to get a prepaid iPhone. There are signs that Apple is starting to take the pre-paid market seriously.

However, until a person can waltz inside a carrier store and buy an unlocked iPhone at a reasonable price, Apple will continue to trail behind Android.

I’m aware this  know this may not be of particular interest to our U.S. readers who are already dealing with plenty of First World Problems.

But consider this: as the remaining 50 percent of feature and dumb phone owners upgrade to their first smartphone, guess which device a person in India will opt for – a sub-$100 dual-sim Android cheapo or a nearly $900 unlocked iPhone 4S?