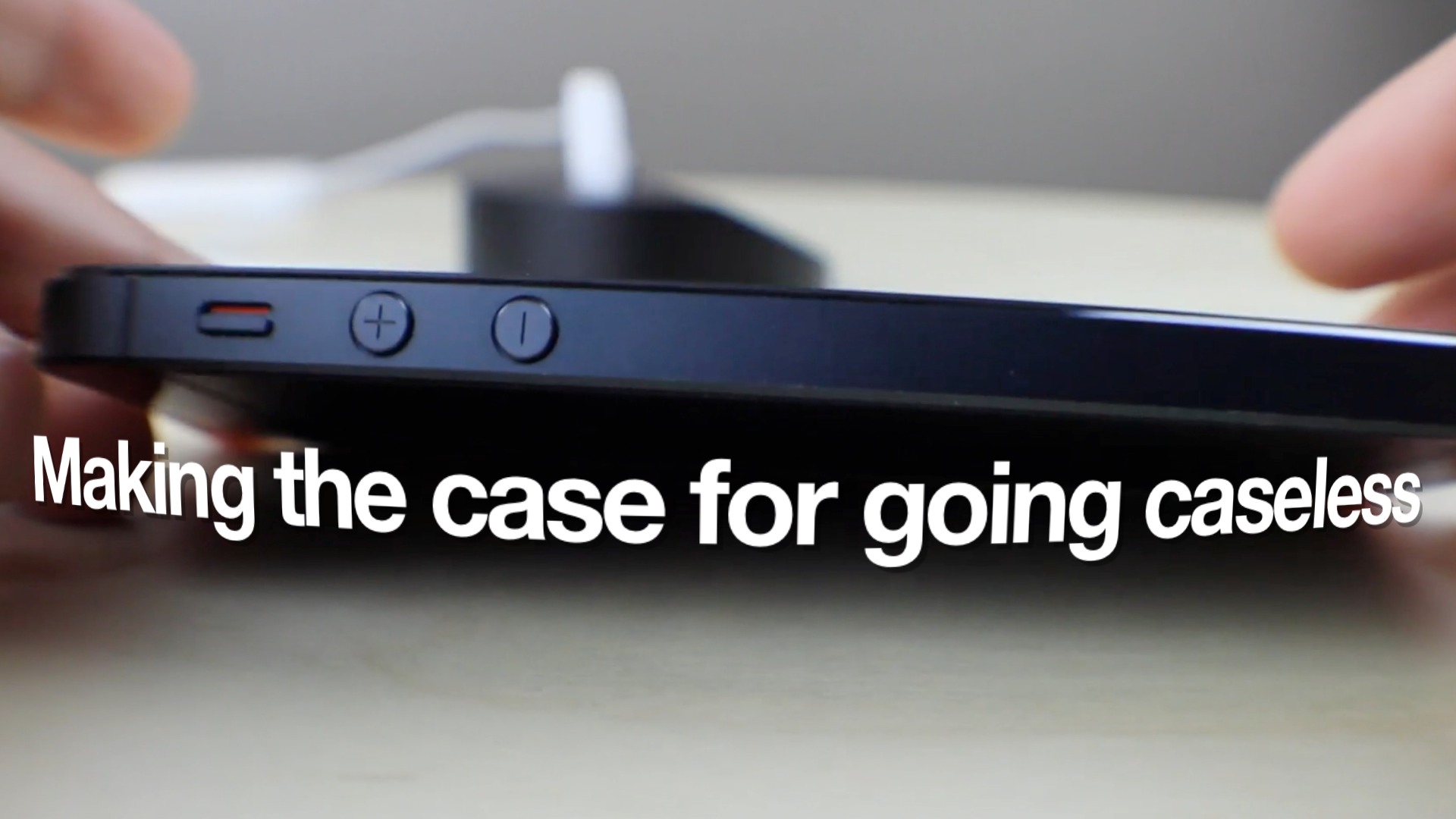 I decided to go completely case-less. Most of you guys probably think I already do that, since I never have a case on my devices when I’m filming a new video.

But that, as it turns out, hasn’t been so. I used to only keep my iPhone nude for aesthetic purposes on film. As soon as I hit the shutter release on my camera to stop filming, back in the case she went.

Then I read something that changed my perspective on things. After seeing this post by John Gruber, I started thinking. Why are we so obsessed with encapsulating our devices in protective covering? Aren’t we ridding ourselves of the pleasure of using it as it was intended and designed to be used?

I decided to embark on an experiment. One that could prove costly, but at the same time provide me with a since of liberation. I was going to go case-less…

That was two months ago, and I’ve never looked back. It’s hard for me to imagine ever going back to using a case after using my iPhone 5 without one for the last two months.

I will admit that I have yet to throw caution completely to the wind, not yet at least. I purchased AppleCare+ just in case my phone is cosmetically damaged to the point where it bothers me. I’ve also placed a thin square patch of film on the back on my slate iPhone 5, because the anodized aluminum is so prone to scratches. That being said, it’s barely even there, and it’s certainly not providing me with any real protection in the event of a catastrophic drop.

I’ve received some pretty funny responses from friends, family, and even random strangers upon them seeing my case-less iPhone 5.

“You must be pretty brave to do that,” noted one stranger in a local Starbucks.

I get comments like these every so often, and they usually come from the same folks that have cases so large that you can’t even tell what type of phone it is without glancing at the UI.

Just a few months ago, I would have at least sympathized with them, but now I think they’re downright ridiculous for covering up such a fine piece of hardware. They pay all of this money for a device, and they don’t even get to touch it, can’t even feel it, and can barely see it. It all seems silly to me now.

Of course, going case-less has its downsides. For one, it’s inevitable that you phone will suffer from a few scratches here and there. These scratches are largely unnoticeable without a thorough examination of the device, or without the sun hitting it at just the right angle, but they’re there.

The slate iPhone 5, as you know, is prone to scuffs due to the anodized aluminum coating. I’m a victim of “scuffgate“, and I do notice more than a few areas on my iPhone where the bare metal is showing beneath the coating. Again, it’s not something that’s immediately discernible, but a close up view will reveal the imperfections.

I have to admit, at first, I was kind of annoyed with the hairline scratches on the screen, or the scuffs on the aluminum housing. I began to second guess the rightness of my decision to go without a case. But then I got to thinking, I really use my iPhone. I mean I really use it. As someone who blogs about iOS devices for a living, I put my iPhone through more stress than the average iPhone owner. It truly is a testament to the design of the device, that I only have the few scratches and scuffs that I do.

I’ve dropped my iPhone on a hardwood floor multiple times. I lay it face down or face up on virtually any surface. I’m always placing it in my pocket with keys and other potentially dangerous objects, and yet, it still looks virtually brand new.

All things considered, I do not regret my decision to go case-less one bit; not one iota. It’s such a liberating feeling to be able to directly interface with your device without any barriers. You don’t have to worry about cases interfering with the camera, or being too bulky. You get to truly enjoy an item, which by its very nature, is truly meant to uninhibitedly touched.

If you’re on the fence about going case-less, here’s my advice: get Apple Care+, just and do it. Dont look back. It’s just a device after all, it’s not life or death. For $99, you will have the peace of mind knowing that if you somehow disfigure your iPhone beyond your tolerance, you can always take it into an Apple store and get it fixed or replaced.