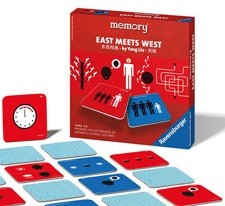 Yes, you read that right. German puzzle and board game maker Ravensburger has apparently decided any iOS app with the word “memory” in its title should be banished from the App Store. The reason? Ravensburger is behind “Memory”, a wildly popular puzzle game. While 91 percent of Germans are familiar with it, the game also enjoys international visibility and Ravensburger claims to hold a trademark on the term in over 40 countries. Apple has responded to the pressure and reportedly began emailing select developers to remove the word ‘memory’ from app names…

Per Gamasutra, the issue doesn’t affect U.S.-based developers because Ravensburger’s trademark doesn’t extend to the country. Makers of apps that sell on international App Stores were politely asked to make a name change in order to avoid legal trouble, the publication reported.

Gamasutra has received confirmation from two separate App developers about the notices, though neither Ravensburger nor Apple have responded to our requests for commentary.

By the way, Ravensburger has a bunch of puzzle games available on the App Store.

Is Ravensburger taking it too far or are they entitled to protect their hard-earned recognition?