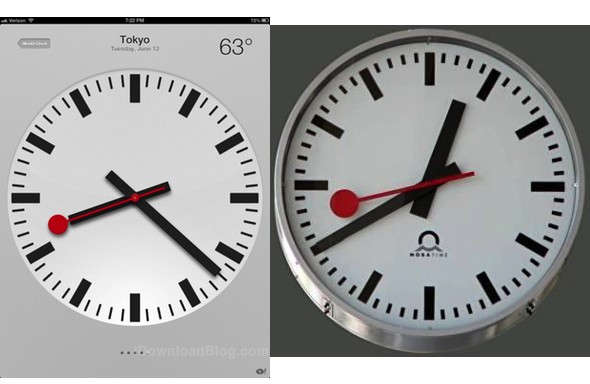 Remember legal brouhaha involving Apple and iPad Clock app in iOS 6 on one side and Swiss Federal Railways, which holds rights to the iconic timepiece design, on the other? We praised Apple for doing the right thing after it was reported the intellectual property dispute ended by Apple agreeing to license the SBB station clock design for use on iPads and iPhones. Neither Apple nor the Swiss Federal Railways SBB commented on financial terms of the licensing agreement at the time, but sources now claim Apple paid to the tune of $20 million, or 16.5 million euros, for design IP…

French site iGen points us to a report by German-language paper Tagesanzeiger which learned about the ample sum from “several sources”.

Having found out about the iPad Clock app, SBB’s initial reaction was friendly. A spokesperson said SBB was proud Apple chose the timeless clock design “for 80 million iPads”, adding:

We’re rather proud that a brand as important as Apple is using our design, it’s already on show in exhibitions in places like New York.

SBB is the sole owner of the trademark and copyright of the railway clock. The railway company will now get in touch with Apple. The aim is a legal, as well as a financial solution. It is not right that one [Apple] simply copies the design.

At first thought, twenty million bucks may seem like too high a price to pay for a clock design in an iOS app. It’s also interesting considering a previous statement by a spokesperson for the Swiss Federal Railway who told AFP the company wasn’t after the money. 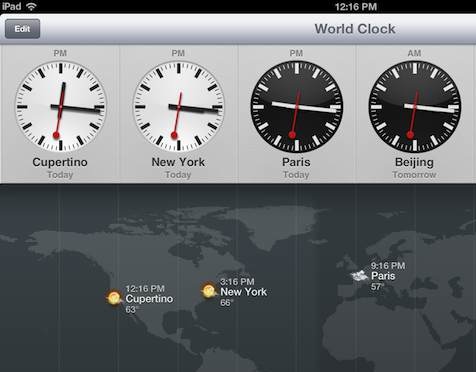 But no matter how you look at it, $20 million is a lot of money.

As you know, Clock is a brand new stock app that Apple launched with iOS 6.

The beautifully designed program, an iPad-only affair, is basically a world clock capable of storing up to 24 different locations, along with the obligatory alarm, stop watch and timer functions.

The design of the aforementioned clock face is timeless and recognizable the world over. Its short second hand with a red ball at the end was conceived back in 1944 by engineer Hans Hilfiker, who originally owned a copyright and trademark.

Unlike patents, designs rights can be repeatedly renewed provided they are being used. Hilfiker’s clock design is still being used in SBB’s stations. The Swiss company in 2002 again applied for a three-dimensional trademark for the clock face with the Institute of Intellectual Property so it clearly holds the intellectual property rights. 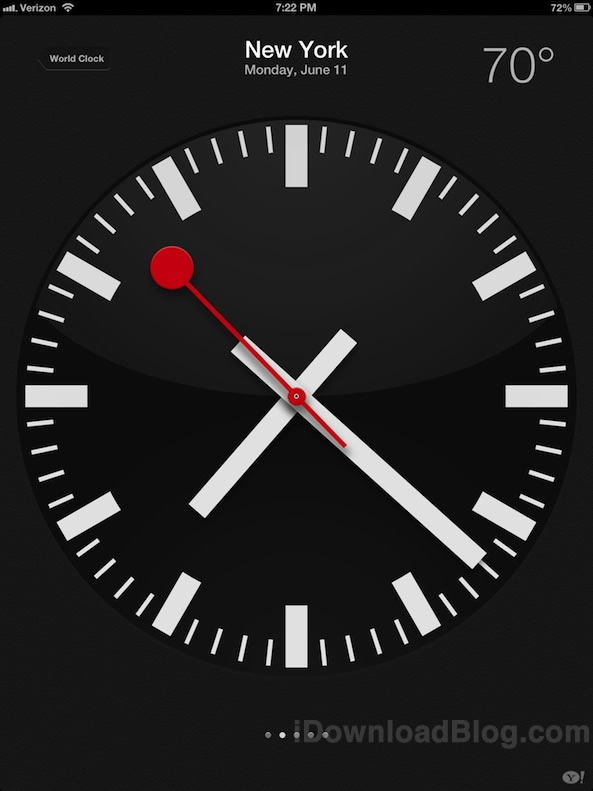 And with a hundred million iPads sold, Apple either had to license it or risk being forced to either remove the offending Clock app from iPads sold in Switzerland or at least alter its appearance significantly.

The iPhone maker could have shipped iPads in Switzerland without the Clock app, but it would have been interpreted as a cheap move that could have cost the company a loss of reputation, says trademark and design attorney Jean Marcel Wälchli (machine-translated).

After the success in patent dispute against Samsung in the U.S., it would be for Apple also been a loss of reputation, the court directed to be to remove the clock from the iPad.

Legal complications are not to be taken lightly.

For example, Zürich, Switzerland-based watchmaker Mondaine run into legal trouble with the SBB and had to enter into a licensing agreement 26 years ago to be able to produce watches featuring the SBB design and market them worldwide.

Besides, Swiss newspaper Blick.ch confirmed in September that Mondaine Group CEO André Bernheim considered legal action against Apple, because his company licenses the design these days. 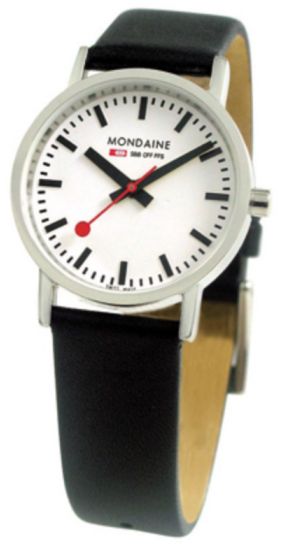 The iPhone maker clearly knew all this. It was well aware the iPad Clock app resembled the classic design and probably loved it enough to justify dropping $20 million on intellectual property rights.

It’s details like this that make Apple products stand out from the sea of faceless offerings by other gadget makers. The oft-misused Apple tax reflects that premium, integrated experience. People seeking the best possible experience understand that and agree to pay more for Apple products.

Is paying $20 million for a clock design used in software justifiable?

Should Apple have instead simply redesigned the app and put $20 million to better use?