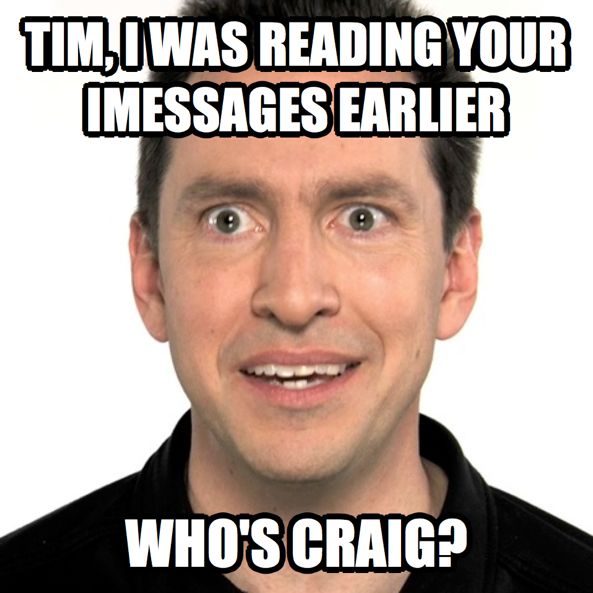 Joy of Tech does regular takes on the tech industry’s blunders and Apple is often the subject of their daily web comic. This is their view of Monday’s executive shake-up that saw CEO Tim Cook fire long-time iOS chief Scott Forstall and retail boss (though he never earned that title) John Browett. Go past the fold for the comic and an additional explanation…

Here’s your comic, courtesy of Joy of Tech. 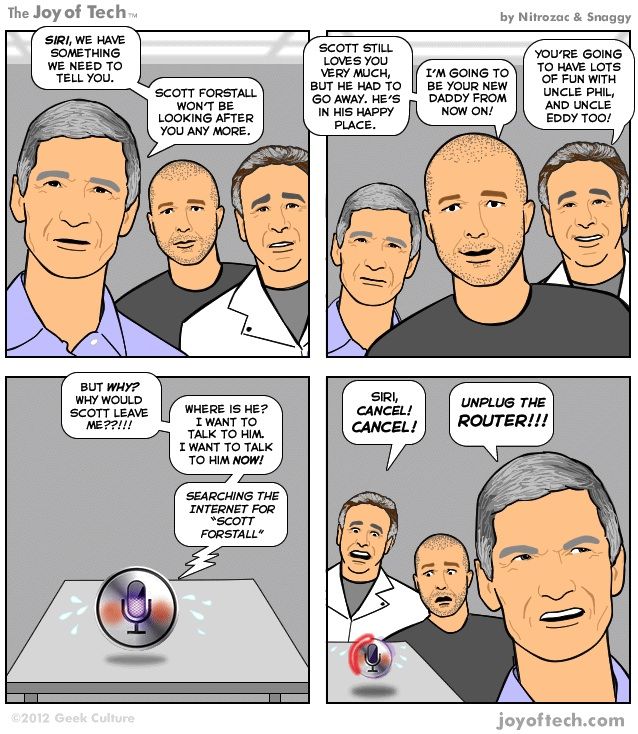 Now, Apple immediately pulled Scott’s profile from its Executive Profiles page, but if you ask Siri about Forstall, she still doesn’t have a clue he was let go, per Cult of Mac.

Uncle Eddy will hopefully see to that.

In case you’ve been wondering, the top image of the Overly Attached Forstall is credited to Christopher Downer, interface designer at Realmac Software.

Craig Federighi, the chief of the Mac software division, now also in charge of iOS.

He’s got some pretty big shoes to fill, if you ask me.