As Microsoft gears up to launch Windows 8 later this month, arguably the most important software release in Redmond’s history, first television commercials have surfaced, revealing how the company will communicate the benefits of its first touch-focused operating system to the general public.

Windows 8 has a new tile-based interface consistent with the Metro design language, can run both legacy apps and those optimized for the touch interface, includes a digital store akin to the Mac App Store, features a unified kernel and scales up from the tiniest to the biggest screens and much more.

True to its form, Microsoft plans to offer Windows 8 in a bunch of flavors, including ARM and x86-based tablet versions, Windows Phone 8 for smartphones and standard desktop and server versions. Three more ads are right below the fold…

TechIt points us to four commercials which educate customers on how to use Windows 8 and its touch-focused features.

It’s unknown whether Microsoft intends to run these ads on television as they do not fit into standard 30 or 60 second slots.

One thing is certain though: Microsoft is going to spend big bucks to promote the hell out of Windows 8. 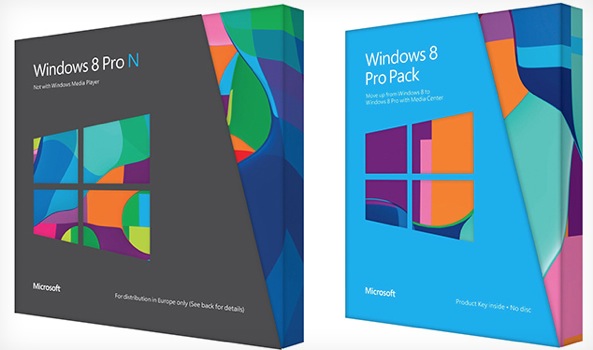 According to Amazon listings (here, here and here), Windows 8 upgrades include a European N edition labeled as “not with Windows Media Player” and Windows 8 Standard Edition to Windows 8 Pro Edition.

Microsoft is also moving Windows 8 to local currency to purchase and access Xbox content. The weird Microsoft Points system will continue to be the currency for purchasing content for the Xbox 360 console, The Verge reported.

In other words, Points on your Xbox, and dollars on your Surface and PC.

Users of Windows XP, Windows Vista or Windows 7 will be able to upgrade to Windows 8 Pro for $39.99 via the web or $69.99 in stores. The software lands on store shelves on October 26, alongside the Surface tablet which will initially go on sale in 30+ Microsoft Stores.

The company is reportedly creating television ads to promote the Surface when the Windows RT version is launched and is currently filming those commercials in Italy, ScattidiGusto.it reported.

Here’s a Surface teaser from July.

According to Reuters, Microsoft CEO Steve Ballmer hinted in a letter to shareholders that his company could build more devices in the future. It’s been rumored that Microsoft wants to build its own phone and own the user experience in much the same way Apple does.

Is Windows 8 going to put Microsoft back in the saddle?