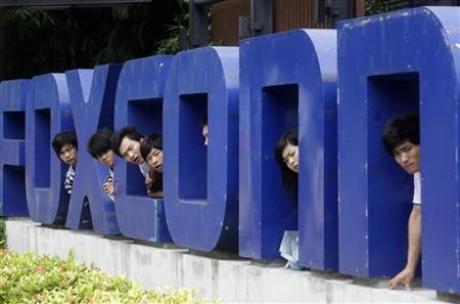 A little riot shouldn’t delay iPhone production in China. Long-troubled Foxconn, which makes iPhones, among other electronic devices, said Monday it will resume operations Tuesday following a riot involving 2,000 people that sent 40 to the hospital. In a statement, the manufacturer denied anyone died or that the uprising was work-related.

“The cause of this dispute is under investigation by local authorities and we are working closely with them in this process, but it appears not to have been work-related,” the company said in a statement provided CNet…

Although there is no obvious cause for the violent protest, reports suggest the melee may have grown after factory guards attempted to intervene. An undisclosed number of persons were arrested and equipment was damaged, but the extent is unknown.

What is known is the Foxconn facility has become a lightening rod for worker complaints and investigations into the firm’s notorious working conditions. In early September, a Chinese reporter said he’d gone undercover inside a Foxconn plant making the uni-body backplates for the new iPhone 5. In another report earlier this month, the Shanghai Daily and China National Radio charged Foxconn was yanking college students out of class and putting them to work on factory lines to meet Apple’s demand for the iPhone 5.

In March, Apple CEO Tim Cook visited Foxconn’s Zhengzhou plant, a facility with 120,000 workers. The visit was largely dismissed as a PR stunt aimed at blunting criticism of Apple’s use of Foxconn to manufacture its popular iPhone and iPad.

Foxconn is likely known mostly for a rash of worker suicides during 2011 and a series of moves designed to prevent further episodes — or at least reduce the glare of publicity. At these times, Apple must be hoping it can shift more production to South America, such as the $12 billion plant in Brazil — operated by Foxconn.

What do you think? Do worker conditions factor into your decision to buy an i-Product?