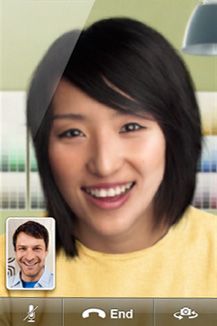 AT&T’s initial decision to charge for FaceTime video calls made over its cellular network and the subsequently tweaked rules mandating that FaceTime over cellular users sign up for AT&T’s Mobile Share plans both provoked a public outrage which almost snowballed into a PR catastrophe.

The group is mulling an investigation into AT&T’s practices as Public Knowledge, Free Press and the New America Foundation’s Open Technology Institute all plan to file a complaint with the FCC for AT&T’s violation of network neutrality rules…

GigaOM reminds us how AT&T justified its controversial decision:

AT&T justified this move in two ways: first it said by being open and transparent about the move it was following the rules that the FCC had implemented with regard to network neutrality on wireless networks.

Two, it made a complicated argument around preloaded apps that basically boiled down to, “you can use anything you want on AT&T’s handsets over Wi-Fi, thus we aren’t blocking anything.”

AT&T’s decision to block FaceTime unless a customer pays for voice and text minutes she doesn’t need is a clear violation of the FCC’s Open Internet rules.

It’s particularly outrageous that AT&T is requiring this for iPad users, given that this device isn’t even capable of making voice calls.

AT&T’s actions are incredibly harmful to all of its customers, including the deaf, immigrant families and others with relatives overseas, who depend on mobile video apps to communicate with friends and family.

Can you say ‘class action lawsuit’?

The FCC’s net neutrality rules do not regulate the availability to customers of applications that are preloaded on phones. Indeed, the rules do not require that providers make available any preloaded apps. Rather, they address whether customers are able to download apps that compete with our voice or video telephony services.

AT&T does not restrict customers from downloading any such lawful applications, and there are several video chat apps available in the various app stores serving particular operating systems.

Neither Sprint nor Verizon would charge for FaceTime 3G calls, it has been confirmed previously.

While we’re at it, can someone look into how and why telcos are allowed to change terms of service at their own whim. It’s another unfair practice that has, for example, allowed Verizon to force higher-priced Share Everything plans upon new customers.

Aren’t you just sick of them?

I know who is!