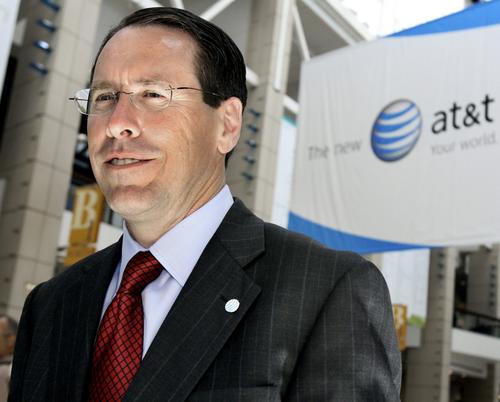 We were pretty excited when we found out that FaceTime-over-cellular was coming in iOS 6. Finally, users would be able to natively video chat away from Wi-Fi networks (without jailbreaking).

Needless to say, our excitement dropped off yesterday when we found out that there’s a chance that AT&T is going to charge users separately for the feature, the way it does for mobile hotspot…

AT&T initially responded to the allegations with the following generic statement:

“We’re working closely with Apple on the new developer build of iOS6 and we’ll share more information with our customers as it becomes available.”

Then this afternoon, the carrier’s CEO Randall Stephenson took the stage at Fortune’s Brainstorm Tech conference. And the topic unsurprisingly came up again.

“I’ve heard the same rumor,” he said, insisting that for now, AT&T is focused on working with Apple to get the technology stabilized, so “it’s too early to talk about pricing.”

While Stephenson’s comment doesn’t confirm or deny the rumor, he does have a point: it’s too early to talk about this. iOS 6 is still very, very much in beta. In fact the public release isn’t expected until mid-October. Mix in the fact that AT&T is supposedly moving to all new data plans in the near future, and a lot can happen in the next three months.

It’ll certainly be interesting to see how this all plays out, though, as this could play a major factor in AT&T’s churn rate during this year’s holiday quarter, following the next iPhone launch. I, for instance, am already considering switching to Verizon due to its larger LTE network. So something like this could certainly push me over the edge.