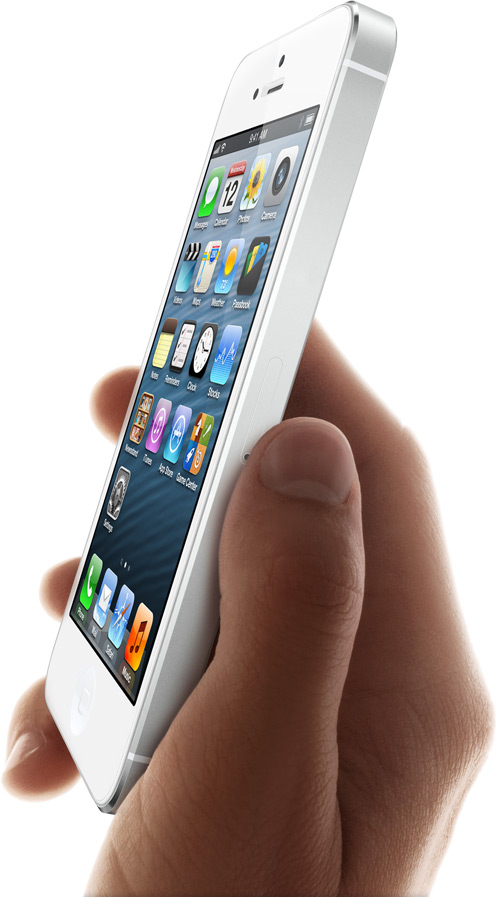 You’ve seen Samsung’s anti-iPhone newspaper ad (and a Nokia fan’s take) that takes a jab at the incoming iPhone 5.

The advertisement has caused quite a stir with its “it doesn’t take a genius” tagline (an obvious reference to Apple Store Geniuses) and a laundry list of features focusing on the bigger display on the Galaxy SIII, twice the RAM and stuff like standard micro-USB plug, expandable SD card storage and swappable battery.

Taking a page from Samsung marketing department’s book, an Apple fan created a spoof that goes a long way proving that a spec matrix can often be a double-edged sword…

Here’s an Apple fanboy’s side-by-side comparison of the iPhone 5 and Samsung’s Galaxy SIII, courtesy of Reddit. 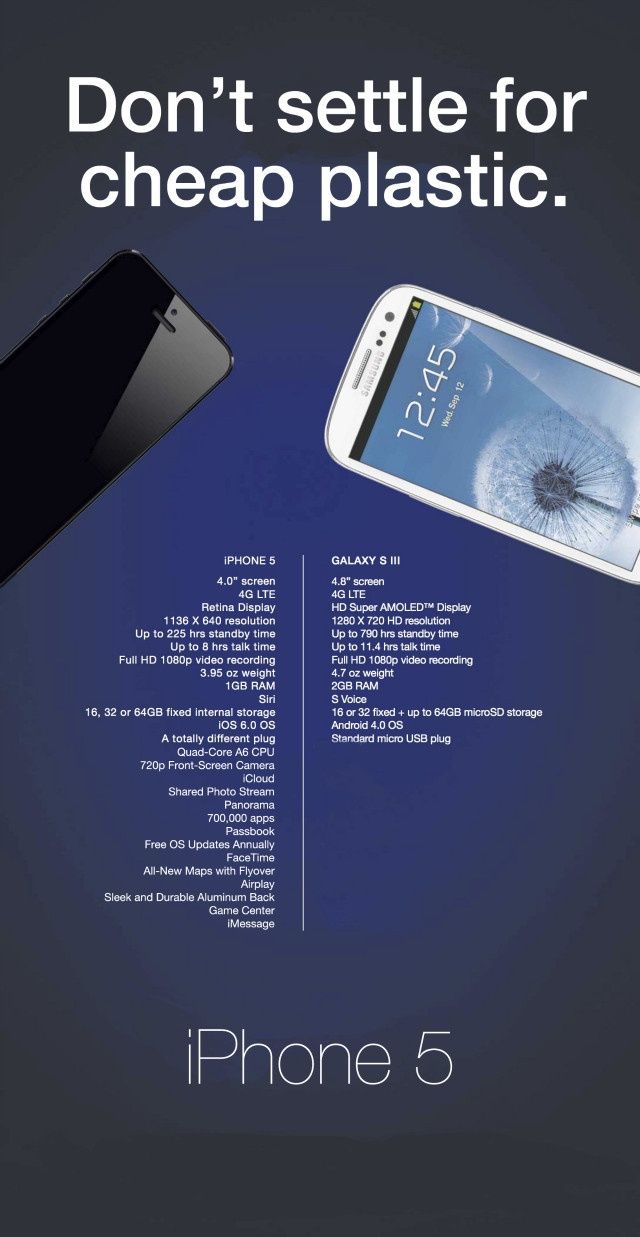 And this is Samsung’s print ad. 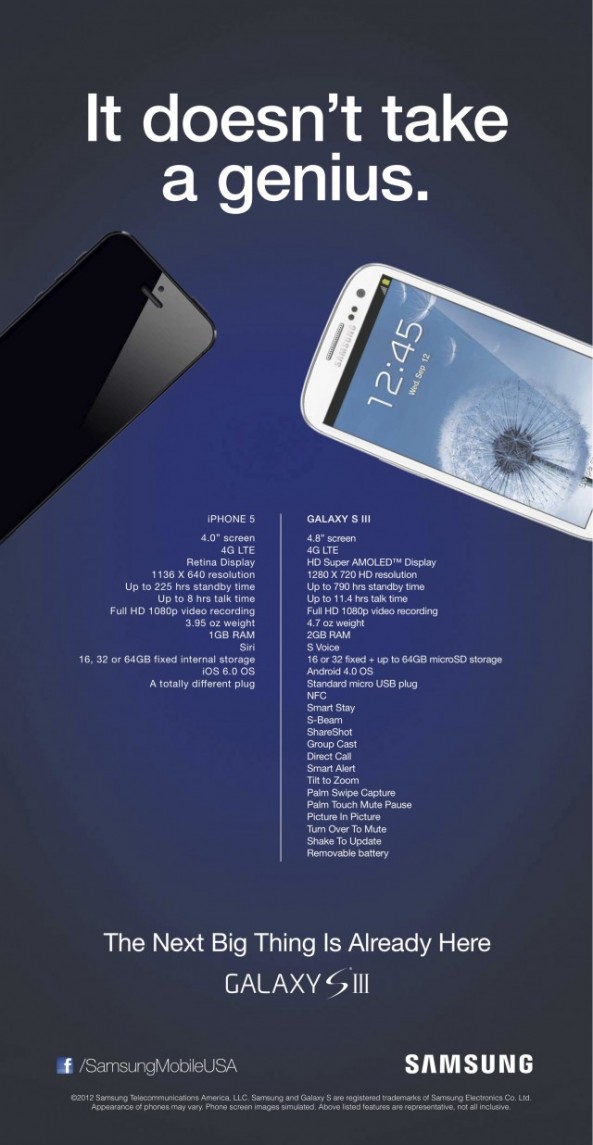 Both versions selectively leave features off to make the other phone come across as a less capable handset. I wonder how Samsung’s ad would look like in a Galaxy S4 variant.

Now, I ain’t trying to make a case for either phone here.

Us here at iDB are obviously fans of Apple.

But every smartphone has some glaring omissions and major downsides to it, Apple’s iPhone included. In my view, each persons is entitled to settle with a device that best suit their needs, be it Apple, Google, Samsung or any other vendor.

Sure, Samsung’s ad appeals to the types who care about specs and nothing but specs. But from the general public’s standpoint, I doubt technical jargon like S Beam, S Voice or Palm Touch Mute Pause conveys any meaningful message.

In case you were wondering, a technique Samsung used in its print ad is called The Ben Franklin Close, otherwise known as The Balance Sheet Close.

Make no mistake about it, Apple is also using this technique to sell you an iPhone.

Summarizing your product’s benefits this way (usually) yields desired results. But as effective as this sales technique is, it can as well backfire when your audience is well-informed.

Here’s something else, for balance. 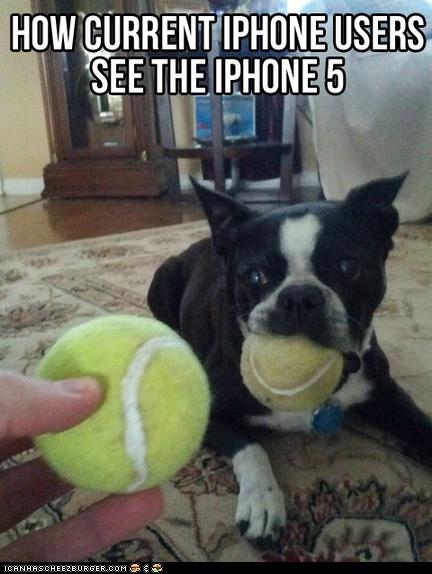 I hope we can all get along nicely and share meaningful thoughts down in comments.