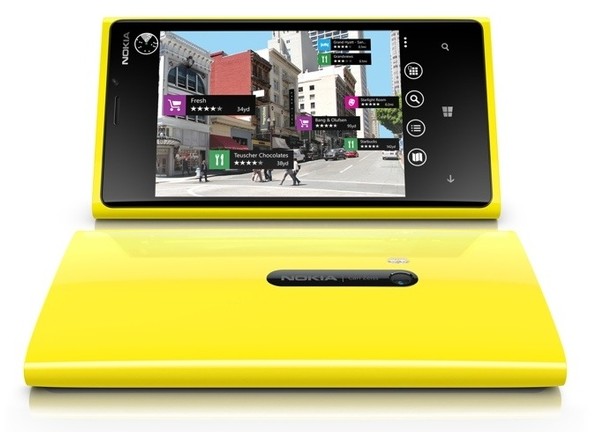 Following up on news of Samsung’s upcoming anti-iPhone television commercial and sighting of an amusing print ad appearing in certain newspapers and focused on a laundry list of iPhone 5 and Galaxy SIII features, a fan of Nokia’s newly introduced flagship handset, the Windows Phone 8-drive Lumia 920, has taken it upon himself  to re-work Samsung’s advertisement with a little Nokia touch.

Replacing the Galaxy SIII with the Lumia 920, the new ad proclaims Nokia’s device “the heawyweight champion” of smartphone wars, which have grown uglier with the iPhone 5 introduction (which shattered sales records), patent fights, Samsung’s nasty ad attacks and March 2013 release of the Galaxy S4. 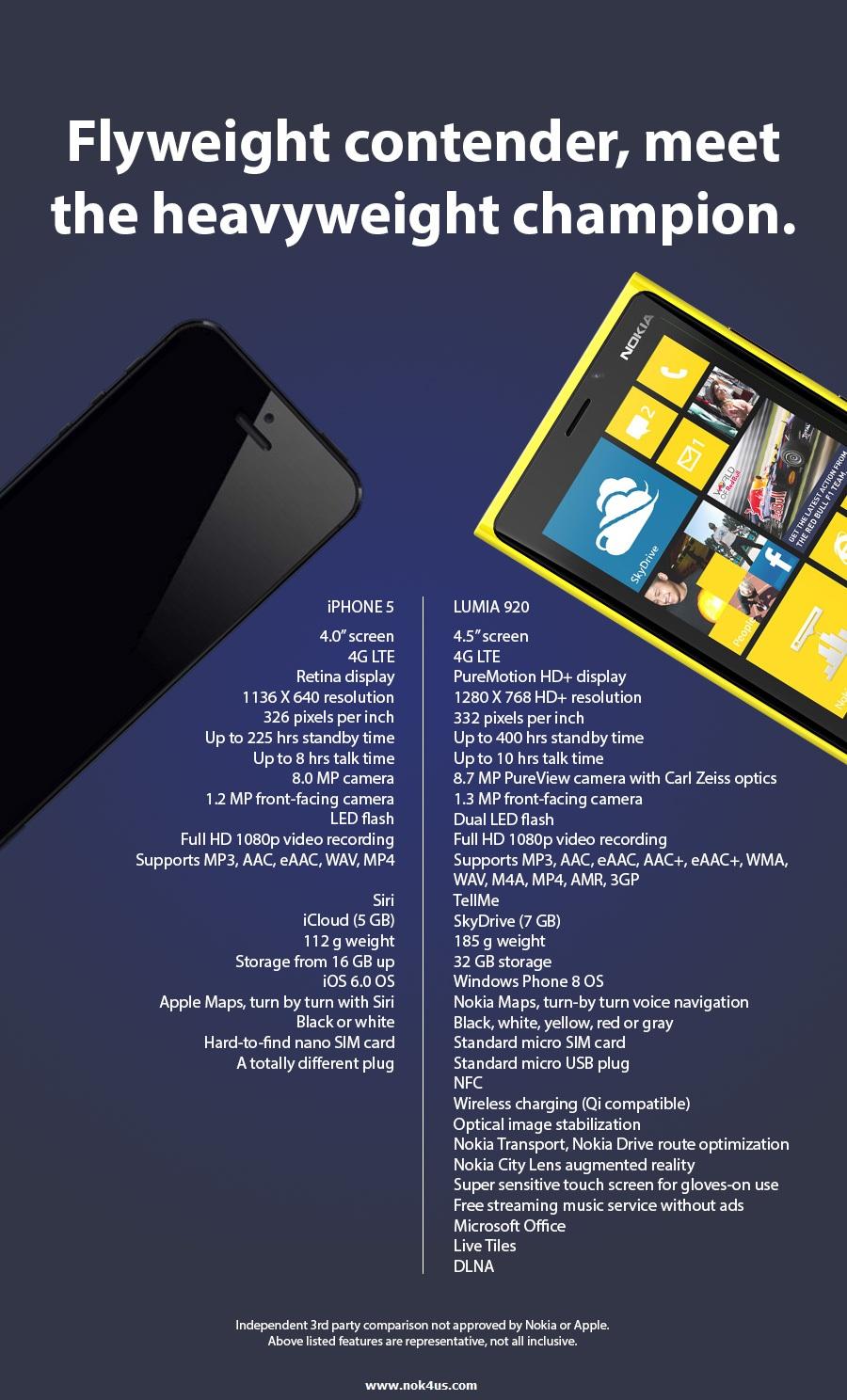 I wonder whether this one goes viral.

By the way, the Lumia is 73 gram heavier than the iPhone 5, which is a lot considering that many reviewers have noted that the iPhone 5 feels substantially lighter in hand even though it is only 28 grams lighter than its predecessor, the iPhone 4S.

On the flip side, the device has a larger and crisper multitouch display that can be used with gloves, it sports NFC and wireless charging and apparently better cameras, if Nokia’s faked PureView ad is to be believed.

Apple passed on NFC and wireless charging, according to its marketing boss, because the former isn’t mature enough and the latter requires another device that plugs into a wall socket, which doesn’t really solve the problem.

Be that as it may, I find this ad amusing and am surely glad that Nokia fans are not sitting on the sidelines while Apple, Google and Samsung dominate headlines.

The Lumia 920 is slated to arrive some time in the fourth quarter of this year. Nokia did not announce price points at post time.

This viral ad war thing is just the beginning, mind you.

Things could get even messier this time around, as Samsung is reportedly filming its new anti-iPhone television commercial.

On a final note, Nokia’s Twitter channel exploited the “it doesn’t take a Genius” tagline from Samsung’s ad:

Lumia 920: Wireless charging, amazing camera, screen you can use with gloves on and much more. No, it doesn’t take a genius. #swithctolumia

Isn’t this smartphone rivalry getting out of control?