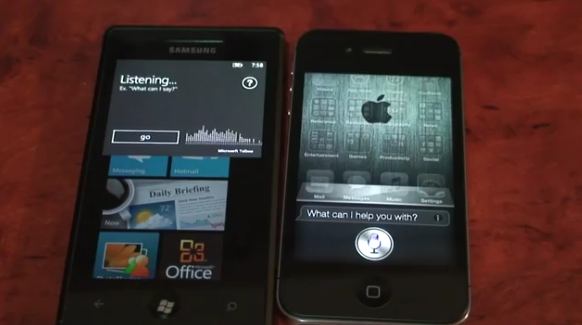 Microsoft and its chief strategy and research officer Craig Mundie have been taking a lot of smack over the past couple of days. Mundie made some controversial comments regarding Apple’s new Siri feature during a recent interview with Forbes Magazine.

The executive claimed that Microsoft has had Siri-like technology on its Windows Phone platform for over a year, and that Apple’s success with it has been the result of “good marketing.” But the two systems are miles apart, and here’s a video to prove it…

Jason Cartwright of TechAu has put Windows Phone’s voice control component up against Apple’s digital assistant to see if there was any truth to Mundie’s comments. Is Microsoft’s Tellme feature really Siri-like? Watch:

Ouch. As you can see, the two services aren’t even in the same ballpark. Not only does Siri understand hundreds (if not thousands) more commands than Tellme, its voice recognition also seems to be far superior.

The video provides yet more evidence that you can’t simply lump Siri in with other me-too voice control features. It’s miles ahead of both Android and Windows Phone offerings. And when you’re that far behind, nobody cares if you were first.