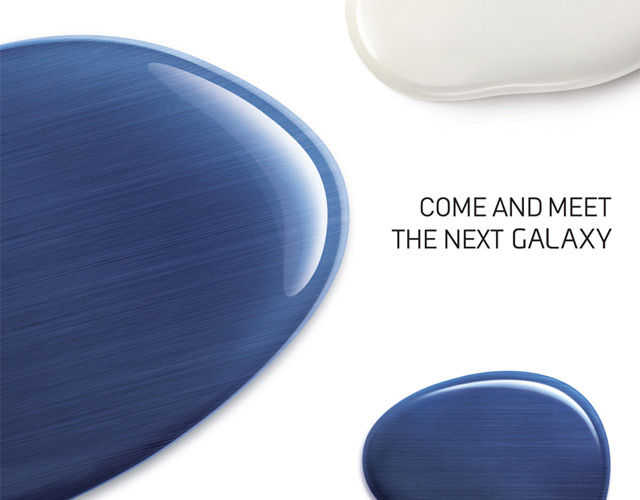 Just as Apple announced two million iPhone 5 pre-orders and admitted to demand exceeding the initial supply, the latest word on the street has it that rival Samsung is readying its answer, a successor to its Galaxy SIII flagship handset which became the most serious challenger to the iPhone based on shipments of 20 million units in its first hundred days on market (they expect to ship 30 million by year’s end).

The Galaxy S4 should launch in March 2013, a month following its public introduction at the annual Mobile World Congress conference in Barcelona, Spain. Samsung officials reportedly are convinced that the device will be capable of curbing the iPhone 5, which has a bigger four-inch Retina display, twice as fast processor and fast 4G LTE and WiFi networking capabilities, plus a two-tone form factor and a host of other hardware tweaks…

According to The Korea Times, quoting an unnamed Samsung executive, Samsung’s Galaxy S4 is rumored to appear at Mobile World Congress , the world’s biggest mobile devices trades show which takes place in February 2013 in Spain, Barcelona.

It should feature a five-inch screen (versus 4.8-inch on the SIII) and LTE capabilities and will allegedly run Samsung’s quad-core Exynos processor. From the outside, Samsung’s phone will “retain its popular rectangular shape with rounded corner concept”, said one executive.

The upcoming device is expected to hit shelves globally in March 2013 at the latest.

The timetable was released just three days after rival Apple introduced the iPhone 5, which has received a mixed response from industry experts and consumers as it is seemingly lacking in innovative features.

It’s interesting how Samsung is continuing to refresh its flagship annually, just like Apple’s been doing with its device:

Samsung wants to keep its one-year product schedule and the Galaxy S4 will be the first to match that strategy. The S4 will see some external changes but retain its popular rectangular shape with rounded corner concept.

Samsung was rumored to sue Apple over its 4G LTE implementation in the iPhone 5 the instant the handset hits store shelves this Friday, September 21.

The South Korean conglomerate has also run an interesting ad in certain newspapers which compares hardware features of the Galaxy SIII to the iPhone 5. The “it doesn’t take a Genius” tagline featured in the ad and on Twitter is a direct pot shot at Apple Store Geniuses (though its own retail stores and employee T-shirts seem to copy Apple’s).

At this rate, the Apple-Samsung rivalry could yield something like this in a few years time. 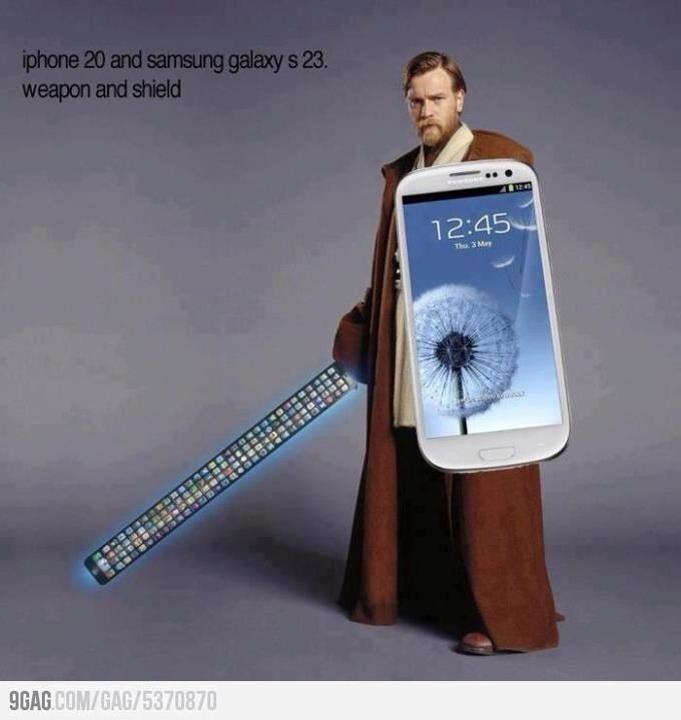 According to unverified Geekbench tests, the iPhone 5 has faster performance overall compared to both the Galaxy SIII, which runs the new Samsung-made Exynos chip, and Google’s Nexus 7 tablet powered by Nvidia’s quad-core Tegra 3 chip.

The Apple-designed A6 chip which debuted on the iPhone 5 is believed to be the first Apple chip to incorporate fully customized ARMv7 platform as opposed to using stock CPU cores from ARM in earlier variants of Apple’s silicon.

What do you think, will Samsung manage to leapfrog the iPhone 5 with the Galaxy S4 come March 2013?

Note: the top image represents Samsung’s invite for the Galaxy SIII introduction from earlier this summer.