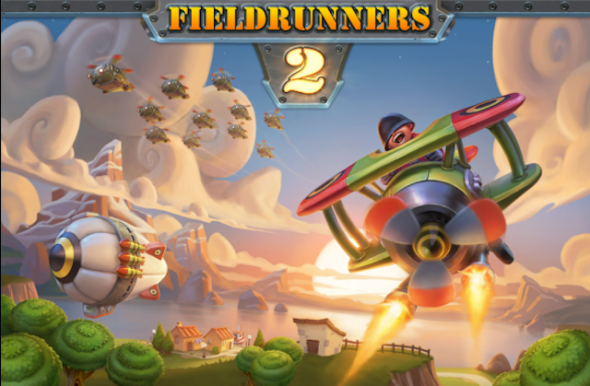 Amidst all of the iPhone 5 excitement around here, we almost forgot to mention that Subatomic Studios released Fieldrunners 2 HD for the iPad last night.

The long-awaited sequel to the popular tower defense game hit the iPhone back in July, and now it’s available for Apple’s tablet with Retina graphics in tow…

From the update’s release notes:

“The biggest sequel in tower defense history is now on iPad: Fieldrunners 2 HD has arrived! From Subatomic Studios, creators of the award winning classic strategy game, comes an all new adventure that was years in the making. Build epic mazes out of powerful weapons to defend the world from the invading fieldrunners!

Early reviews say the game’s graphics are “stunningly beautiful,” and praise the iCloud save feature. But unfortunately, there also seems to be a lot of complaints of crashing.

Hopefully Subatomic can get out a software update quickly to correct the issues. But in the meantime, if you want to check out Fieldrunners 2 HD, it’s $7.99 in the App Store.

Have you tried Fieldrunners 2 HD yet? Thoughts?