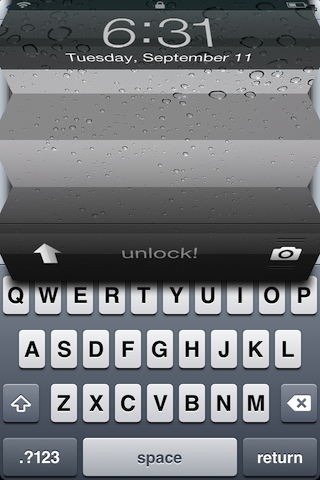 Unfold — the popular jailbreak tweak that brings an accordion style unlocking animation to your iPhone — is being updated with new features, including a new vertical unlock animation.

Unfold 2.0, due soon on Cydia’s BigBoss repo for free, is an update that brings new features to an already solid jailbreak tweak. Developer, Jonas Gessner, provided us with a preview copy of Unfold 2.0 to try for ourselves. Take a look inside for a video walkthrough showcasing what we found…

The new vertical mode worked just as you might imagine. Instead of a horizontal accordion style, the effect is designed to work vertically up towards the status bar. 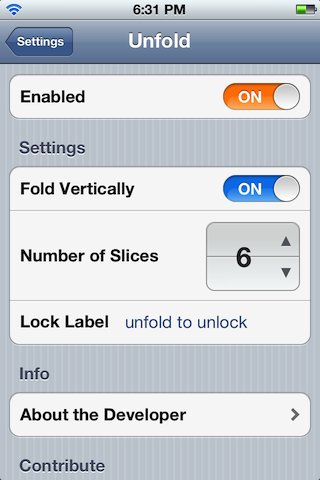 There’s also a new provision to select the number of slices that appear in the unfold effect. You can choose as little as one, for a outwardly swinging window effect, all the way up to ten for an extreme accordion effect. 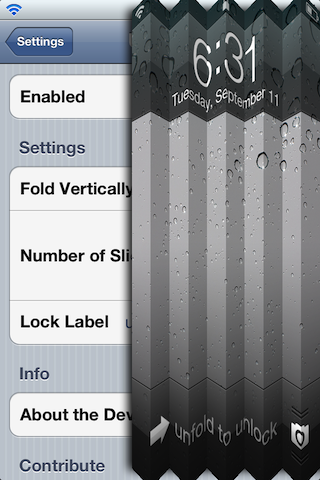 Lastly, there’s a section for customizing the text on the lock screen. By default it reads “unfold to unlock”, but you can alter it to say anything you want. 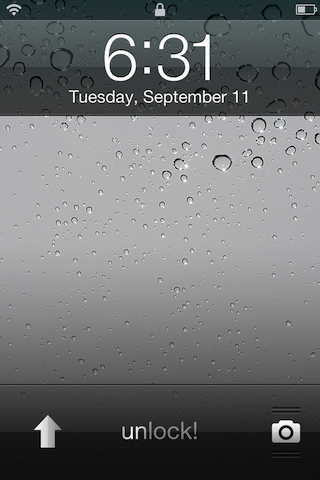 Unfold is a pretty generous offering from the developer. He could have likely charged upwards of $2.00, and still had quite a few legitimate customers, but instead decided to provide his work free of charge. It’d be one thing if this was a half baked tweak, but it’s not; it’s really well designed, stable from my testing, and it looks good to boot.

What do you think about Unfold 2.0? Are you anticipating trying it?