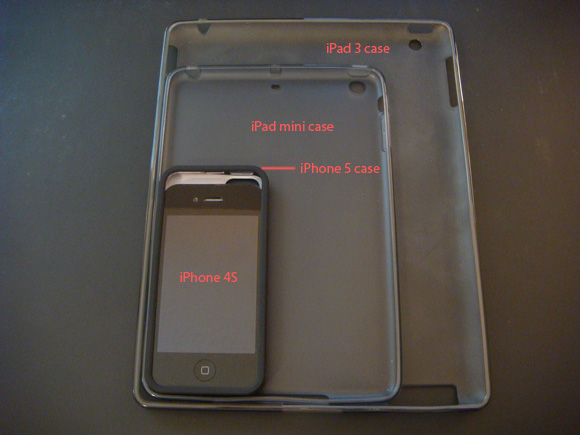 Just one more day to go until Apple’s highly-anticpated iPhone event, and surprise surprise, we have more purported case leaks. This time, it’s a photo of an iPad mini and iPhone 5 case, among a 4S and others.

The purpose of the image is to give us an idea of how the unannounced devices measure up to their predecessors. And it’s actually really interesting to see how the iPad mini compares to the third-gen iPad…

The photo comes from MacRumors reader Micael Rou, who has gotten his hands on a set of pre-production iPad mini and iPhone 5 cases. The cases were created using expected dimensions for both devices.

Notably, the iPad mini doesn’t appear to be that much smaller than its older sibling. The tablet is expected to have a 7.85-inch 1024 x 768 display and to be extremely thin with thin bezels. Here’s a photo, posted by iOS guru Sonny Dickson, showing a dummy model that could bear a resemblance to the final product. 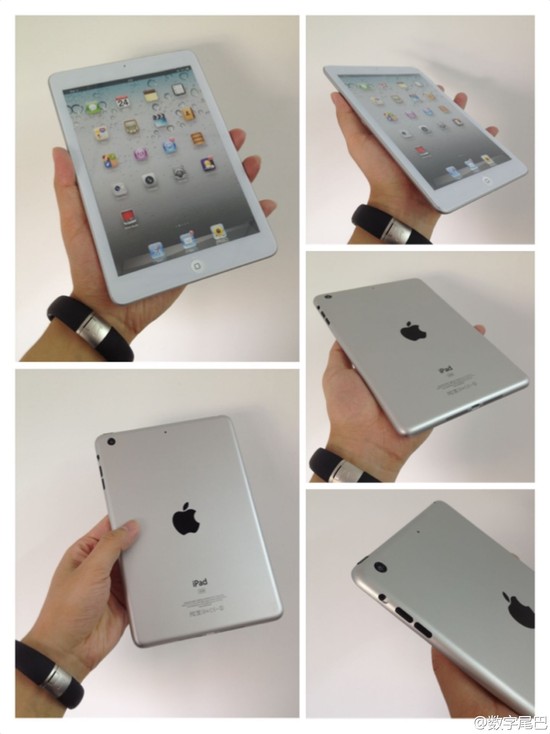 As far as the iPhone 5 case, it’s not surprising that it’s just a bit taller than the 4S. Unlike with the iPad mini, or last year’s iPhone debacle, part leaks and reports for this year’s iPhone have been consistent since May. And everything continues to point to the same thing: a taller, slimmer handset with a 4-inch 1136 x 640 display.

Apple is holding an event on Wednesday to unveil its new smartphone. And while earlier reports said the iPad mini would be joining it on stage, recent speculation says it’ll make its debut during a separate gig in October.