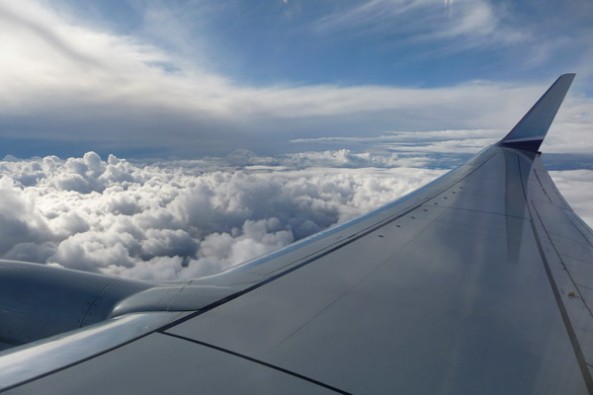 Earlier this year, we heard reports that the US Federal Aviation Administration (FAA) was looking to relax its policies regarding the use of electronic devices on airplanes.

At the time, the Administration had started allowing pilots to use their iPads in the cockpit. And now it looks like it’s ready to start making changes for the passengers as well…

GigaOM passes along a recent announcement from the FAA calling for opinions on the use of portable electronic devices in-flight during the airplane’s takeoff and landing.

As most of you know, current procedure is for passengers to power-down all electronics while an aircraft is either taking off or landing, in fear that they may affect the craft’s avionics.

These devices include iPads, Kindles, e-readers and other gadgets. And the agency wants to hear from passengers, airlines, flight attendants and electronics-makers on the issue.

If you’re interested in contributing your opinion, GigaOM details how to do so:

“Send comments identified by dock number FAA-2012-0752 using any of the following methods:

Who knows, if enough comments get sent in in favor of using devices in the aforementioned situations, you may never have to turn off your iPad while on an airplane again.