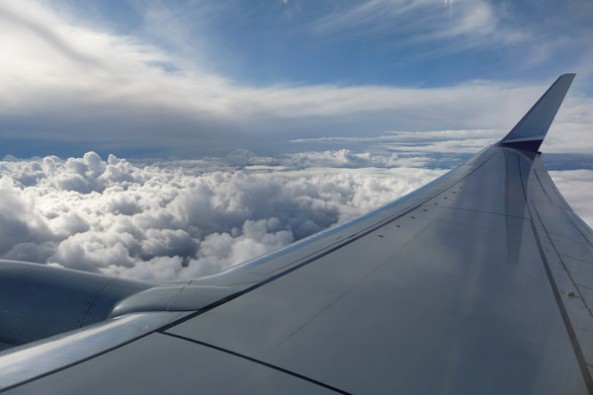 Last December, The U.S. Federal Aviation Administration (FAA) gave American Airlines’ pilot approval to use iPads in-cockpit as a cost-effective replacement for heavy pilot bags. But what’s good for pilots and US Air Force is off limit to passengers who are still prohibited from using their wireless gadgets during taxi, take-off, landing or while the aircraft is under 10,000 feet.

Why? Well, as any avid fan of National Geographic’s Air Crash Investigation could tell you, this policy exists over fear of consumer electronics interfering with aircraft avionics and cockpit electronics. Good news for all you globetrotters out there with a penchant for playing Angry Birds in the skies, catching up with your email or just browsing the web while airborne.

According to the New York Times, the agency is considering relaxing its policies governing the use of gadgets such as e-readers, iPads and other wireless devices in commercial planes…

FAA’s Laura J. Brown told author Nick Bolton that the agency is taking a “fresh look” at the use of personal electronics on planes and is in the process of figuring out a way to start testing new electronics on airplanes:

With the advent of new and evolving electronic technology, and because the airlines have not conducted the testing necessary to approve the use of new devices, the FAA is taking a fresh look at the use of personal electronic devices, other than cellphones, on aircraft.

Once they figure out the approval process, certifying gadgets will definitely take time because airlines will have to test each version of a single device before it can be approved. As a result, the use of personal electronic devices on commercial airplanes could wind up being entwined “in the kind of bureaucratic red tape only Washington can invent”, Bolton explains.

But wouldn’t you love to never hear that “Please power down your electronic devices for takeoff” admonition again?