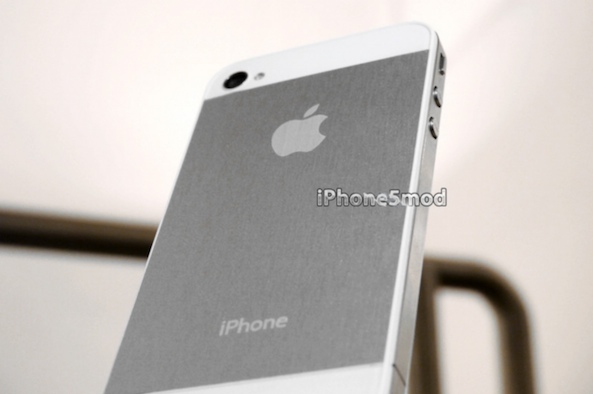 A few days ago we told you about the iPhone 5 mod kit. It’s essentially a backplate for your iPhone 4/4S that’s made to look like the two-tone rear shells believed to belong to Apple’s next-gen handset.

Well either Tim Cook and company don’t like the fact that the mod kit is named after its latest smartphone, or it must look a lot like it, because Apple just served the developers a takedown notice…

9to5Mac has the takedown letter here’s an excerpt:

“We are authorized to send notice and takedowns on behalf of Apple Inc. (“Apple”), the owner of the federally registered Apple logo trademark (among others) hereinafter referred to ask the Apple Trademark(s).

Of course, it’s also very likely that Apple just doesn’t like the fact that the mod kit used its logo. The company has been known to go after counterfeiters that illegally use its trademark.

But it acted incredibly quick on this — less than 48 hours — for it to be just your average counterfeiter. So you kind of want to think that this confirms that the two-tone designed backs are legitimate.

Whatever the case, it looks like the site is going to continue selling the mod kits for another 48 hours, and it’s promised to ship all orders. And as for the rest of us, well we’ll just have to wait until next month for the real deal.