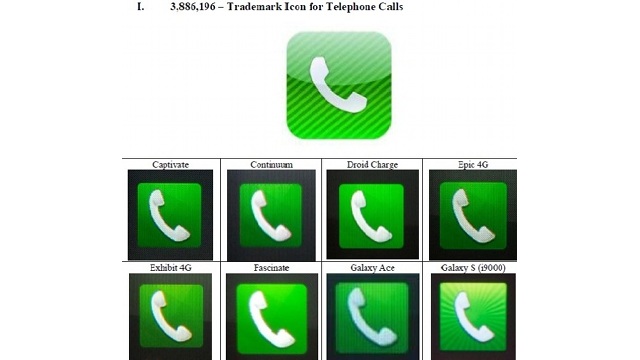 Attorneys for Apple embarrassed Samsung last week by showing the jurors half a dozen images meant to prove that the Galaxy maker shamelessly ripped off the look of the iPhone’s icons. Though Apple believes that Samsung’s TouchWiz interface makes it a copycat, that’s ultimately up for the jury to decide.

Today, a Samsung designer took the stand to testify that she didn’t copy Apple when creating the icons for the Galaxy line of products. Call me stupid, but how the heck then she’d managed to come up with icon design that strikingly resembles Apple’s?

Asked whether she had been influenced by Apple’s design language, Samsung user experience designer Jeeyuen Wang said, through interpreter:

So Samsung’s icons are then nothing if not totally unique, I take it?

According to CNET, she did acknowledge referencing other designs in her work:

I also look at the icons that come up on web sites or webs, and airport signing systems, so I’d pay attention to all these things.

As for the iconography behind Apple’s phone app, seen in the image at the top:

According to her, Samsung referred to it internally as a “dumbbell,” and it was in place before she got there in 2002, and that it had a green color because of the action, with green meaning go.

But what about the Photos app icon that Apple alleges Samsung also lifted?

At the time, there was a wallpaper that was in the image of flowers for an AMOLED LCDs and everyone in our team kind of liked the image. We had come to a conclusion that we would adopt this image for the icon.

Wang testified there were hundreds of designers from different parts of the company working on the original Galaxy S1.

Here’s the iPhone 3GS (on the left) next to Samsung’s Galaxy S. 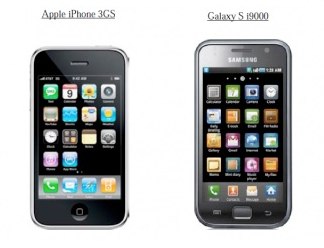 Wang’s personal life suffered due to the demanding nature of her work for Samsung.

I slept perhaps two hours or three hours a night. That was about it.

Wang added that she had recently given birth but couldn’t breastfeed regularly because of the demands on her time.

“Those were difficult times,” she said.

Not sure what breastfeeding has to do with taking cues for someone else’s work.

What do you think about Samsung copying (or not copying) the iPhone’s icons?