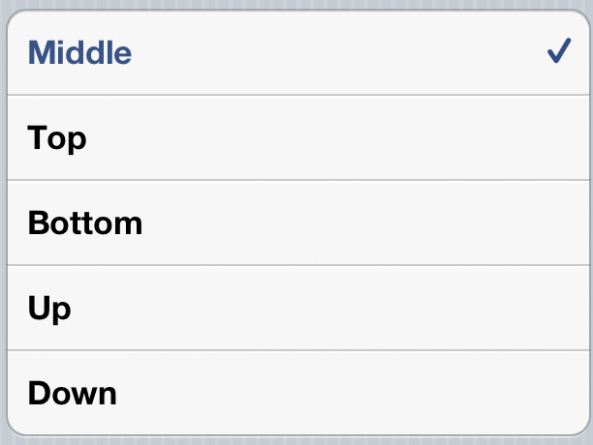 DownloadMove is a new jailbreak tweak that allows you to adjust the position of the download bar that appears when downloading apps from the App Store.

There are several positions included with DownloadMove; they include: Middle, Top, Bottom, Up, and Down. Sure, it’s not the most impressive tweak from a functionality standpoint, but DownloadMove is a decent choice for those looking for this sort of change.

Unfortunately, the tweak requires a respring with each change, and there’s no respring button contained within the settings panel. Not a really big deal, but it can prove to be an annoyance for some.

If you decide to take DownloadMove for a spin, then let me know what you think about it in the comments below.