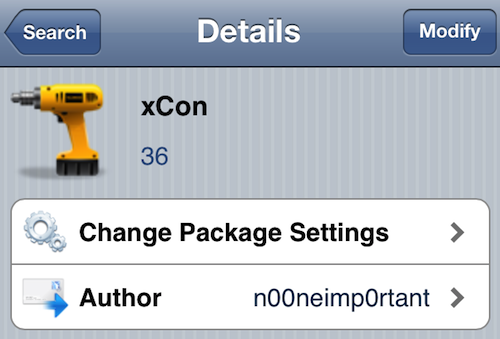 Yesterday Amazon launched Amazon Instant Video, its new video streaming app for the iPad. The app lets you either stream or mark for download and later offline viewing any previously purchased video from Amazon. It also allows Amazon Prime users to stream over 120,000 videos for free.

Jailbreak users were quick to note that Amazon put a block in place to prevent them from using the app. As we reported this morning, Amazon even confirmed the problem, basically saying that if you are using a jailbroken iPad, there is nothing they can do for you.

But don’t worry, as usual, the jailbreak community has your back…

As a few iDB readers were quick to point out to us, there is an app in Cydia that allows you to bypass this restriction. Developed by @n00neimp0rtant, xCon is the solution to your problem.

xCon is a one-stop solution to bypassing jailbreak detection in App Store applications. The tweak supports an extensive list of applications, including Amazon Instant Video.

All you have to do is to download xCon from the ModMyI repo in Cydia. Respring your iPad and there you go! Enjoy hours of video streaming from Amazon.

Thanks for everyone who tipped us about this!