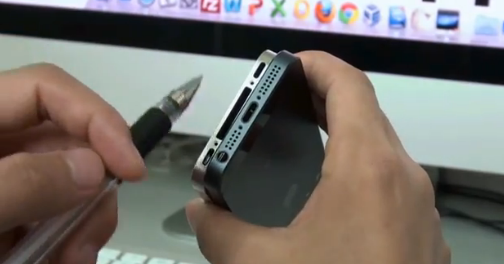 With a number of recent rumors pointing to the next-generation iPhone utilizing a smaller, 19-pin dock connector, some folks have started wondering what they’ll do with their collection of 30-pin accessories.

Well don’t throw them away just yet. A new report is out today claiming that Apple plans to provide an adapter for the new iPhone’s dock connector that will make it compatible with many current add-ons…

iMore, who originally broke the story of the smaller dock connector back in February, reports:

“While this seems like it should have been filed in the obvious drawer, because of all the questions we’ve been getting, and posts we’ve been seeing, iMore reached out to the original sources that gave us the new Dock connector story way back in February just to make doubly sure — and yes, there will be an adapter for the iPhone 5’s smaller dock connector that will let it work with many of the accessories designed for the old 30-pin Dock connector.”

It’s not known whether Apple will include the adapter in the sales packaging for the next iPhone, or sell it as a separate accessory. Either way, one is expected to be available at launch.

While there’s no way to verify that the new iPhone will feature the new 19-pin dock connector until Apple unveils it, the evidence is clearly stacked in its favor. We’ve seen leaked components, third-party cases and reports from major publications that all point to the smaller charging port.

It’s also worth noting that iMore has a fairly sound track record when it comes to Apple rumors. Earlier this year, the site accurately predicted the date of the new iPad event.

Apple is expected to unveil its new smartphone in late September or early October.