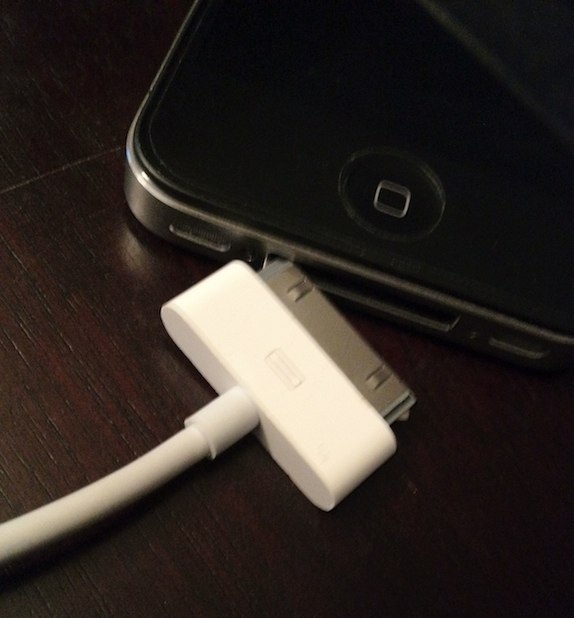 For years, the 30-pin charging ports on Apple’s mobile devices have gone largely unchanged. This has allowed consumers to use power cables and accessories purchased years ago with newer devices — a rare feature in the mobile industry.

But it looks like Apple might finally be looking to shake things up. iMore is reporting that it has learned that Apple may be getting ready to ditch its old charging/accessory port in favor of a new, smaller micro one…

“We’ve heard that Apple may be getting ready to ditch the dock connector as it’s currently sized and implemented on iPods, iPhones, and ipads. The reason isn’t anything political, like a new desire to conform to an outdated micro-USB standard, but typically Apple:to save space inside the iPhone 5 for what are now more important components.”

The report doesn’t say whether or not for sure we’ll see the new charging port this year, but Rene’s reasoning does sound plausible. Apple has been known to go through extreme measures to save space inside its devices, like when it moved the iPhone 4’s antenna to the outside of the handset. He also notes that with new features like iCloud and Wireless Sync, users are becoming less and less dependent on the USB cord — another valid point.

For what it’s worth, iMore’s sources are considered to be fairly credible. Two weeks ago, the site reported that Apple’s iPad 3 event would take place on March 7th, and got well-connected Jim Dalrymple’s “yep” of approval.

It’ll be interesting to see if this stuff materializes. It’s hard to imagine an iOS device without the 30-pin dock connector. But hey, it could happen.