The sequential and annual drop in the iPhone share of total smartphones sold by Verizon and the half a million drop in iPhone activations compared to the first quarter is the result of iPhone seasonality.

The iPhone 4S is now over nine months old and less attractive as a sixth-generation revision looms. Customers have also grown accustomed to Apple’s annual refresh cycle and are likely withholding their purchases in anticipation of the next iPhone. 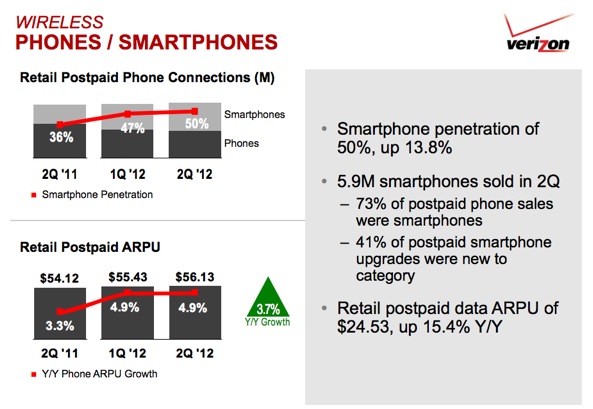 Apple will report earnings for the second calendar 2012 quarter next Tuesday, July 24. The company is unlikely to repeat stellar iPhone performance in Q1 2012 and Q4 2011, when it sold 35.1 million and 37.1 million iPhone units, respectively.

Are you planning on getting a next-gen iPhone?