Remember when Apple announced sales of 17.07 million iPhones during the September quarter of last year? The company was dealing with a rare loss at the time for it had failed to meet analysts’ audacious expectations.

In fact, Tim Cook had gone on the record in a conference call with investor to blame the slowdown on those crazy summertime rumors that had been repeatedly calling for a completely redesigned iPhone for the summer of 2011.

“iPhone sales slowed toward the end of the quarter amid speculation over the debut of a new model”, the CEO said. Well, looks like history could repeat itself.

Some analysts are now concerned that Apple is due for a big come down because swirling iPhone 5 rumors could negatively impact sales of the current-generation iPhone 4S/4 as would-be buyers withhold their planned purchases in anticipation of a new model.

Credit Suisse lowered their expectations yesterday, although they believe Apple will see robust bottom-line growth of 40%/20% in CY12/CY13.

However, in a note issued to clients today, Morgan Stanley analyst Katy Huberty warns that Apple’s guidance for the June quarter was weaker than expected. Although Apple’s summer guidance is usually weak due to seasonal refreshes of the iPhone and the Mac lineups, this time around a gap between Apple’s guidance and what analysts had been clamoring for was substantial.

Blame it on those crazy iPhone 5 rumors, says Business Insider:

Apple has only guided this far below expectations once since June 2009, says Huberty, and that was the September quarter of last year when it correctly predicted consumers would buy fewer iPhones as they waited for the next release.

The Cupertino company is scheduled to release calendar 2012 second-quarter results on July 24. As pointed out by Asymco’s Horace Dediu, each new iPhone launch is typically preceded by a quarter where units went down sequentially.

The abundance of rumors pertaining to a sixth-generation iPhone – temporarily referred to by the media as the iPhone 5 – could be a result of Apple not yet finalizing the design and specs of the next iPhone. 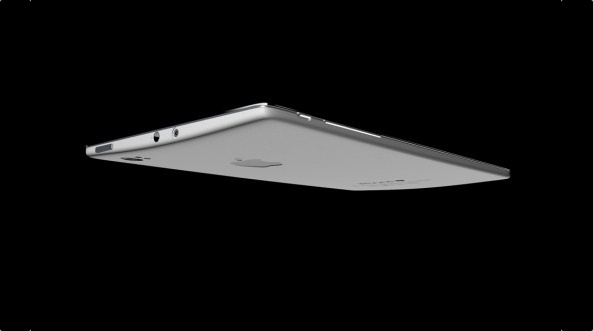 If rumor mongers are to be believed, the handset is due for an October release now.

However, the Apple rumor-mill is pretty much unreliable these days.

iDB reports on Apple rumors purely for the sake of discussion.

As you know, Apple typically refreshes the iPhone once a year and last time updated the handset on October of last year. Keeping the design intact, Apple opted for incremental hardware tweaks such as a faster A5 chip, an eight-megapixel camera and Siri voice assistant, to name a few.

Some folks are putting their faith in supply chain sources who claimed the iPhone 5 could launch this summer, allegedly at Apple’s annual developers pilgrimage that runs this year in San Francisco between June 11-15.

The common argument is that Apple now needs to refresh the iPhone as soon as possible because its chief rival Samsung just launched the third-generation Galaxy S smartphone.

What’s your call: will the rumor-mill again hurt iPhone sales?