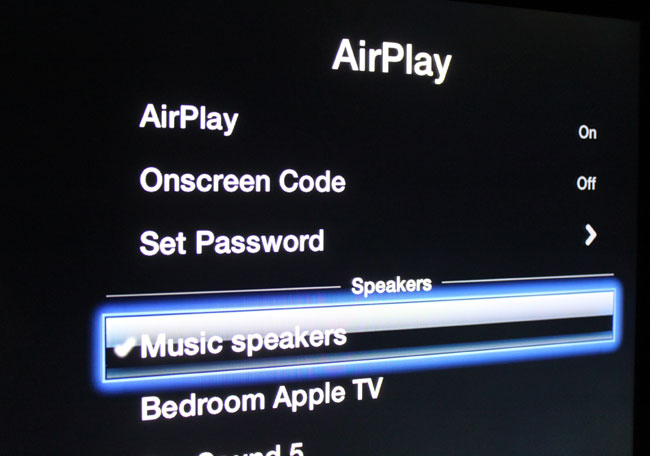 On Monday, Apple seeded the third beta of iOS 6 to developers. The update includes bug fixes, added stability and a handful of new features.

Apparently, among those additions is a new AirPlay feature for the Apple TV. In iOS 6, users will have the ability to stream audio from their set-top boxes to external AirPlay-enabled speakers…

“Soon-to-be-released iOS 6 has a new interesting feature for the Apple TV box. In the AirPlay menu users can now select which AirPlay-enabled speakers they want the TV sound coming out from. Never again will you have to use audio cables when connecting external speakers to your TV.”

While I’m not sure this means you can throw out your entire surround system just yet, it has some interesting implications. Imagine, down the road, being able to pair a 3.1 speaker system, or even a full 5 speaker system to your ATV, via AirPlay. Or perhaps, even to an Apple-branded TV set.

But even as it stands now, the new feature looks pretty handy. And if you happen to have an AirPlay-compatible speaker and an Apple TV on the latest iOS 6 beta, you can find it in the AirPlay menu.

Have you tried this out yet?