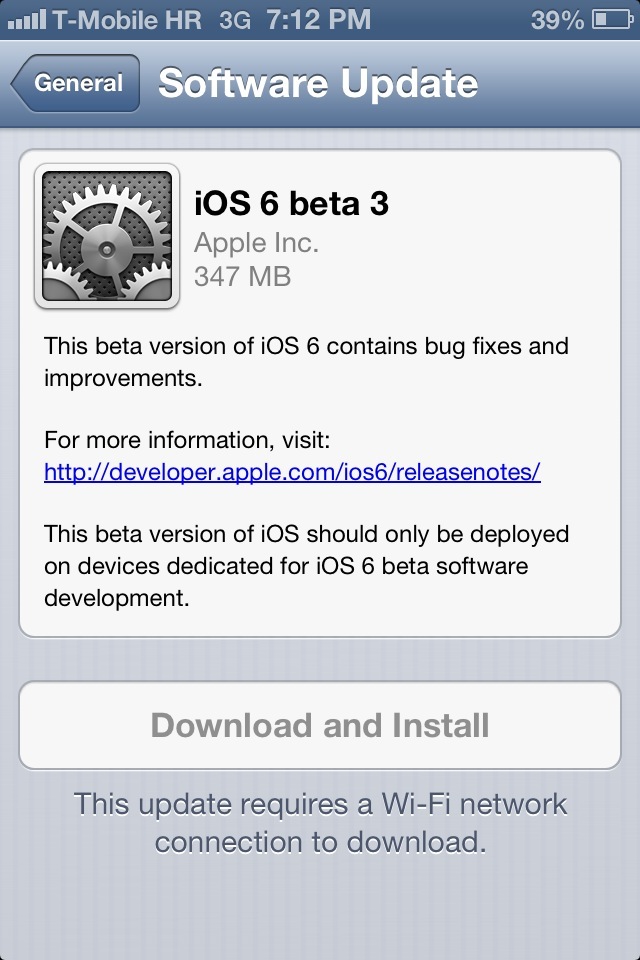 Apple has just issued a third beta build of iOS 6 to developers. The new software has not yet appeared on Apple’s iOS Developer Center though devices running iOS 6 Beta 2 can update over-the-air (go to Settings > General > Software Update). The update prompt mentions only “bug fixes and improvements” so we’re doing some digging as we speak and will update when we find out more…

In case you were wondering, it’s a 374MB OTA delta download for your iPhone 4s and a 424MB download for the third-generation iPad.

So far, we’ve identified one new feature, a brand new item in Settings dedicated to preferences for Apple’s own Maps application (thanks, @NicksiPhone5). 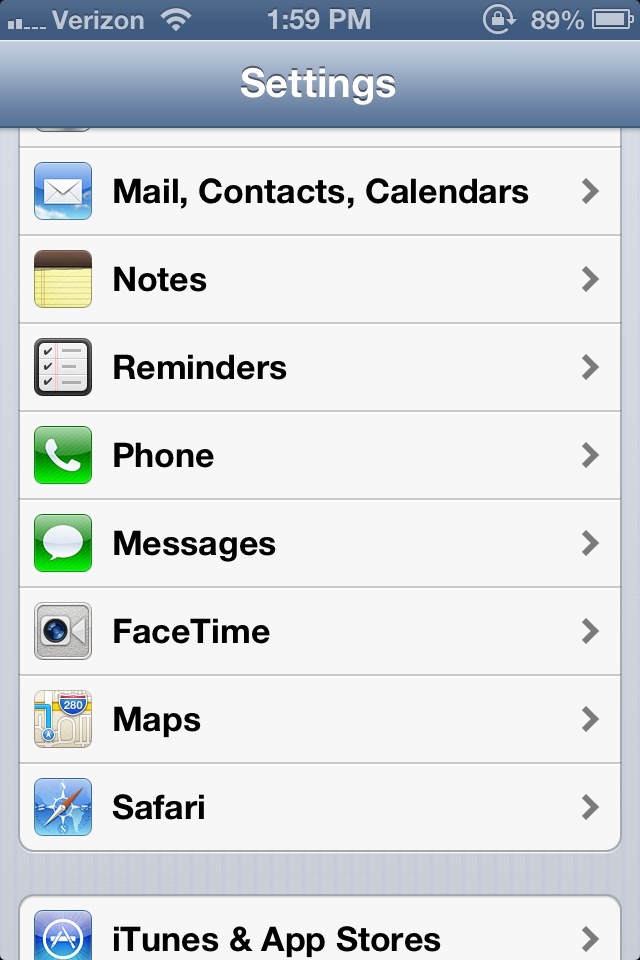 Once in Maps settings, you can choose between miles or kilometers for units labels, as well as set your desired language, label sizes and turn-by-turn navigation volume, independently of the system volume. 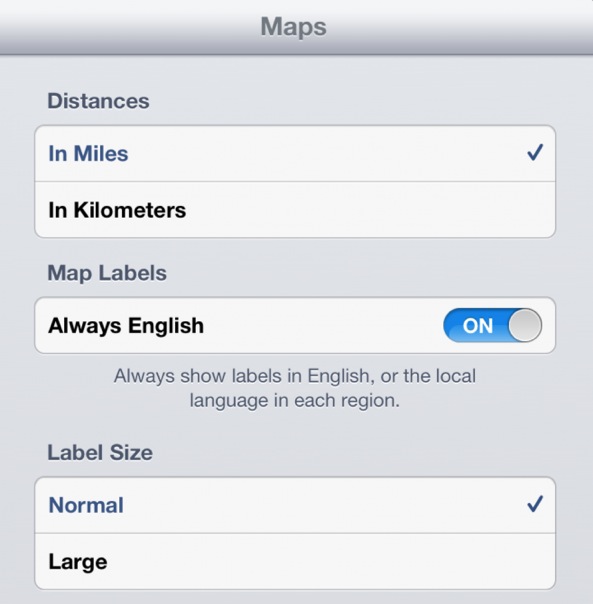 Another subtle tweak: Safari now displays nice icons for bookmarks, reading list and history in place of worded labels. Plus, Safari on iPad feaures a handy syncing progress indicator right below the reading list icon in the toolbar.

Full changelog is too long to include here, so head over at 9to5Mac for your iOS 6 Beta 3 release notes.

Apple promised to release iOS 6 for public consumption this fall, but wouldn’t specify an exact date. It’s fairly safe to assume Cupertino would let it out of the gate alongside the next iPhone, itself rumored to launch in September or October.

For a run down of what’s new, check out iDB’s ultimate list of iOS 6 features.

Cupertino released the first iOS 6 Beta to its registered developers on June 11, right following the WWDC keynote. The company followed up with iOS 6 Beta 2 on June 25.

Should you notice anything new in iOS 6 Beta 3, don’t hesitate to share with others down in the comments.