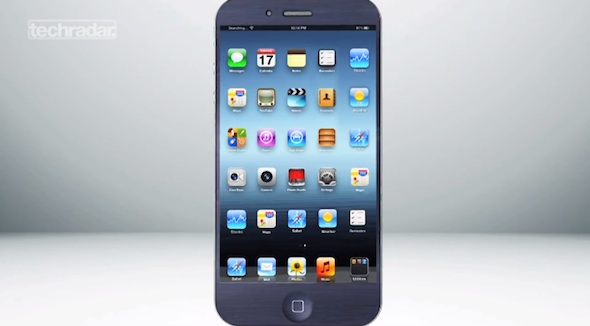 Samsung’s Galaxy S III and Apple’s next-generation iPhone are arguably the two most highly-anticipated smartphone releases of 2012. The S III just recently starting hitting retail stores, and Apple is expected to unveil its next iPhone later this fall.

Choosing between the two will end up being a tough choice for some consumers, as both handsets will obviously have their benefits. But what if you didn’t have to? What if you could have the best of both worlds? Enter the iSung Galaxy V…

The video above is brought to you by the folks at Techradar. It’s essentially a concept mashup of an ‘iPhone 5,’ based on recent rumors, and Samsung’s Galaxy S III. The handset features NFC, Samsung’s Ultra-Shutter tech, and a memory card slot.

We’re still not sure if we’re sold on the rumored two-tone iPhone design, but we have to admit we like the bigger screen. We also like the idea of being able to run multiple applications on-screen at once, even though it’s a bit impractical.

Obviously, there are a number of far-fetched things that would happen in the world (pigs flying, etc.) before Samsung and Apple ever teamed up to design a smartphone. But it still makes for an interesting concept.

What do you think of the iSung Galaxy V?