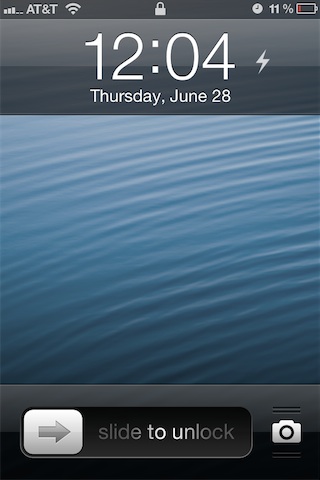 Whenever you find yourself in a dark place, chances are you don’t have a flashlight on your person, but you do have an iPhone. For that reason, it’s a good idea to install a jailbreak tweak that allows you to easily use the iPhone’s built in LED flash as a flashlight.

There are already a handful of decent flashlight tweaks available on Cydia, but this latest one called Torch is one of the better implementations. Torch is a tweak that places an easily accessible flashlight button on your Lock screen that will enable or disable the LED flash.

As you’ll discover in the video, I had a few problems with the size of the button initially, but that issue has since been cleared up in the latest update of Torch. The update also brings compatibility with several Lock screen tweaks like Clockify, Forecast, and more.

Since this update, it’s much easier for me to recommend Torch as one of the best flashlight tweaks available. Sure, you could always go the Activator action route, but Torch provides you with a nice visual, yet unobtrusive, toggle available on the Lock screen, and it performs well.

Torch is a free download on Cydia’s ModMyi repo. You will obviously need a jailbroken iPhone with an LED flash, but if you meet that criteria and decide to take Torch for a spin, sound off with your opinions in the comments below.