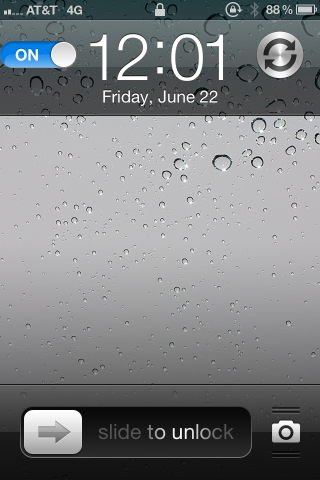 LockSpring is a free jailbreak tweak that adds a respring button and toggle to your Lock screen. It’s an incredibly simple tweak, and chances are you already have the same functionality in another tweak installed on your iDevice. For that reason, most won’t see the value in adding a standalone tweak like LockSpring to their repertoire.

On the other hand, if you’re looking for a singular tweak that performs a respring function only with no extra fluff, then LockSpring may be worth taking a look at.

Once LockSpring is installed, you’ll notice an on/off toggle on your Lock screen, along with an accompanying respring button adjacent to that toggle (when enabled). Tapping the respring button performs a respring and nothing more.

Sure, it’s not the most glamorous or exciting tweak, but I’m pretty convinced that someone will find a use for it. Is that someone you? If so, then head over to Cydia’s BigBoss repo where you can download LockSpring for free.