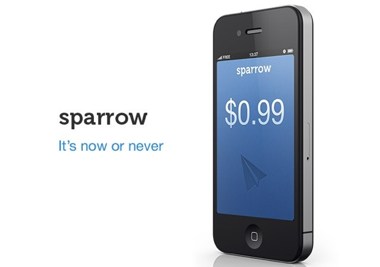 If you need one more reason to buy Sparrow for your iPhone, here’s one: For the next 48 hours, the popular third-party email client has been slashed to just 99 cents. That’s a two-buck saving over its original asking price of three dollars…

The worst thing that can happen is you throwing away your today’s latte.

On Thursday, Sparrow’s price will increase to two bucks and on Friday, June 22, it returns to its original price of three bucks a pop.

Sparrow for iPhone landed on the App Store back in March, immediately captivating audiences with its sleek user interface and simplicity borrowed from its desktop counterpart. The program’s also been met with constant criticism over its lack of advanced features, though the team moved fast to fix the biggies.

The jailbreak community, as always, was even faster, having added push notifications, iPad interface and the ability to set Sparrow as your default email application in iOS. 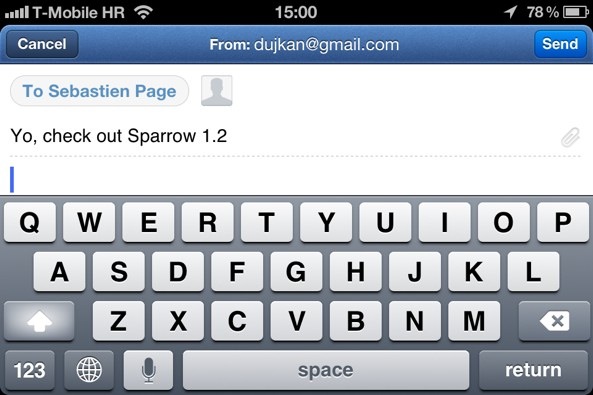 Sparrow 1.2 brought the ability to compose email messages in landscape.

Though the Sparrow team promised to fix the first two omissions, the latter cannot be solved on factory devices as iOS currently doesn’t allow users to change defaults.

Apple’s policy also prohibits email notifications through its servers. The team on its part confirmed that push notifications, available in a future update, will use their own servers and require a subscription.

In its current version 1.3, Sparrow added support for POP accounts, long present in the Mac app. This finally lets folks set up their Hotmail, Yahoo, Comcast Cable and other popular POP accounts.

And last month, the Sparrow team confirmed that a native iPad version is in the works.

Are you a Sparrow user and how satisfied have you been so far with recent updates?