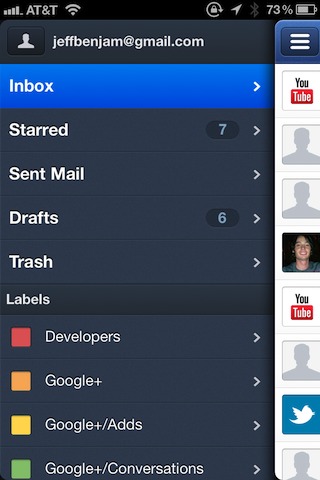 Sparrow for iPhone debuted earlier this year as one of the first third-party email clients to ever land in the App Store. While it’s received a lot of praise for its UI, it continues to be criticized for its lack of features.

The jailbreak community has managed to help out with that a bit. But thanks to today’s update, stock iPhone users can too cross a major feature off their wish lists. Sparrow 1.3 now supports POP email accounts…

This means that users can now set up Hotmail, Yahoo and other popular POP accounts (for instance, Comcast Cable accounts are POP) within the app, bringing the client up to snuff with its desktop counterpart.

Still noticeably missing from Sparrow’s list of features is support for push notifications, but the developers have already said it’s coming in a future update. The team is also working on an iPad version of the app.

But perhaps the addition of POP support this time around is enough to convert you to a believer. And if that’s the case, you can find Sparrow in the App Store for $2.99.

What do you think of Sparrow so far?