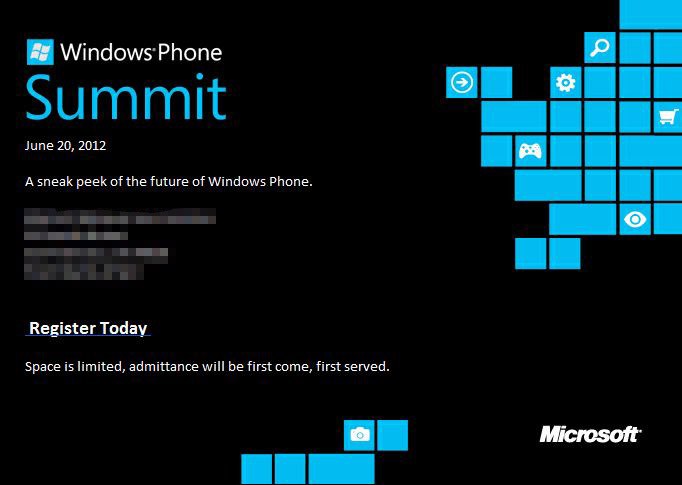 Apparently Microsoft isn’t ready to give up the spotlight this week. Just 24 hours after unveiling its new Surface tablet, the company has sent out media invitations for a Windows Phone-related event.

Microsoft is set to hold its developer summit in California over the next two days. But the invites, which read “A sneak peek of the future of Windows Phone,” specifically mention tomorrow morning…

Unlike Microsoft’s Surface event, which was widely predicted to be a tablet-unveiling, no one really seems to have any idea what the company plans to announce tomorrow. It could just be an OS update — similar to Apple’s iOS 6 keynote. Or it could be… a phone.

What if Microsoft has taken it upon itself to build its own Windows Phone handset? Given that it’s now in the business of making mobile hardware, it’s certainly possible. And if that’s the case, what does it mean for Apple and the rest of the smartphone market?

A lot of folks have expressed disappointment over the lack of new features in iOS 6. And there won’t be another iPhone announcement until at least October. Perhaps Microsoft is taking advantage of this window of opportunity and announcing something big.

The show starts at 12PM EST, 9AM PST. As usual, we’ll be sure to let you know if anything exciting happens.