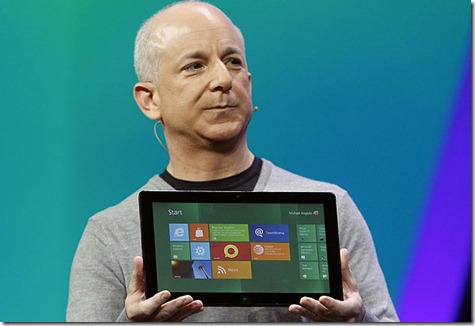 Microsoft summoned select members of the press for a media event tomorrow in Los Angeles.

The company is widely expected to respond to the iPad challenge by announcing its own tablet powered by the upcoming Windows 8 operating system.

We’re wondering about your assessment of the situation: should Apple be worried or is it already too late for the Windows maker to make a substantial dent in the tablet space?

Microsoft didn’t specify what the event will be about, but people familiar with its deliberations tell Fortune that Redmond is about to introduce its own tablet computer, meant to take the iPad head on.

It’s unclear if this is a Microsoft-designed device, something it will only put its branding on or a family of devices from third-party makers, as others have suggested.

Also, bear in mind that Microsoft’s tablet could be aimed at business environments, not consumers, as the company gets most of its revenue from businesses purchasing its Windows, server and Office software in bulk.

With that off our backs, cast your vote right below.

Also feel free to opine down in the comments.