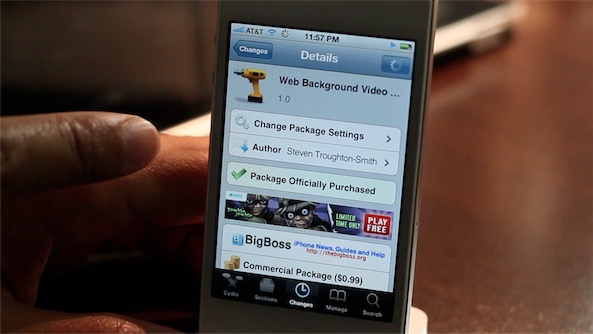 Web Background Video Playback is a relatively new tweak by iOS developer Steven Troughton-Smith. The aim of the tweak is to allow video content to continue playing in Safari while it is running in the background. This is especially helpful when you’re listening to video content, and seeing the video isn’t necessary; for example, when watching a music video, podcast, etc.

This tweak is also handy in the cases where you wish to send a quick tweet or text message, but don’t want to completely interrupt the video playback. I’ve noticed that it even plays nice with video that’s streaming to a television via AirPlay.

Although the same effect can be accomplished by opening up your App Switcher’s media controls and tapping play while Safari is backgrounded, Web Background Video Playback makes this task seamless.

If you like what you see and are interested in giving it a try, it can be purchased from Cydia’s BigBoss repo for $0.99. Would you use it?