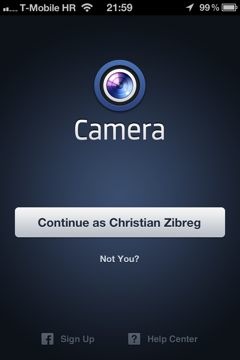 Following months of rumor mongering and speculation, it would seem that one of the headline new features of iOS 6 indeed is system-wide Facebook integration, TechCrunch has learned from sources. This capability will reportedly work as seamlessly as Twitter integration in iOS 5.

You’ll simply provide your Facebook account credentials in Settings and then approve apps to automatically use your account when needed. The report jives with news of apps, not the OS itself, being the focus of iOS 6 that iDB broke today.

As our credible source with deep connections at Apple pointed out, big stuff is expected in stock apps across the board as Apple has apparently re-written them from the ground up to take advantage of new iOS features.

Now the two sides appear on the brink of formalizing the relationship. After much speculation, Facebook integration will indeed be baked into the latest version of iOS, we’ve learned.

It’s important to note that Apple being Apple, something could change in the next week and a half (see again: Facebook/Ping). But as of right now, Facebook is a go in iOS “Sundance”.

The feature will eventually make it into OS X Mountain Lion, but reportedly isn’t ready on the Mac side yet.

Siegler also notes that sharing is still being hammered out, leading him to speculate:

Sharing is the other big part of the iOS/Twitter integration, and will be important for iOS/Facebook integration as well. But Facebook is significantly more complicated than Twitter in that there are all kinds of permissions for what you can post where and who can see what. And Open Graph adds another layer of complexity to all of this.

My guess is that Apple will keep things simple with at least the initial Facebook/iOS integration. Beyond authentication, there will probably be a Facebook button in the existing share screen which will allow you to share something to your Facebook Wall.

It’s interesting that Twitter is holding tech sessions at WWDC focused on its partnership with Apple and the upcoming integration of Twitter sharing in OS X Mountain Lion.

That being said, I’m excited beyond description.

This has been my biggest feature request ever since the original iPhone launched five years ago, when a friend of mine bragged about deep Facebook integration in the BlackBerry operating system.

With Facebook’s user base approaching one billion and iOS devices nearing 400 million units in the wild, I’d say Facebook and Apple/iOS is going to be huge.

And with Siri also deeply integrated into the bowels of iOS and, hopefully, getting improved with new stuff, I think we’ll be able to use our voice to update our Facebook statuses.

Are you excited about this as I am?