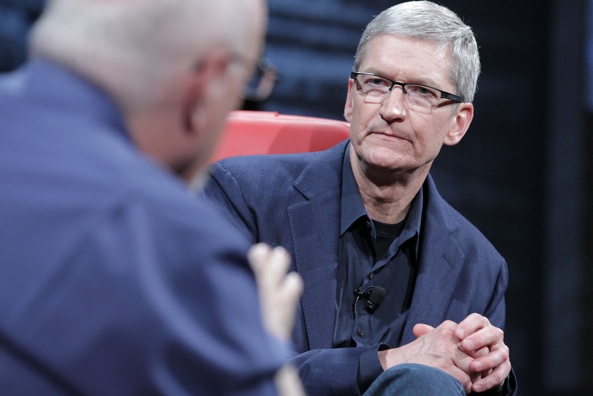 So what’s up with that unpleasant Apple-Facebook fallout? Here’s another video highlight of Tim Cook’s yesterday’s talk at the Wall Street Journal’s D10: All Things Digital conference. In this particular segment, Apple’s head honcho explains the Apple-Facebook relationship, touches upon why Facebook isn’t more fully integrated into iOS and mulls how Cupertino can “do more with them”. Deep Facebook integration with iOS 6, anyone?

Cook started off by saying:

Facebook is a great company I have great appreciation for them.

But what about that famous fallout?

Facebook in the last minute killed the ability for iTunes Ping users to connect their accounts with Zuckerberg’s social network. Steve Jobs later reportedly explained that Zuckerberg was demanding “onerous terms” that he wasn’t willing to agree to.

The bottom line: such a sought-after capability is still non-existent in Apple’s mobile operating system.

Our relationship is very solid. I saw Sheryl earlier and you can ask her on our break.

He was referring to Facebook’s op-chief Sheryl Sandberg and then added:

Stay tuned on this one.

“Apple doesn’t have to own a social network”, he continued. “But does Apple have to be social? Yes.”

“They have their own style”, he commented on stories critical of a growing rivalry between the iPhone maker and Facebook, especially amid late rumors of Zuckerberg poaching Apple engineers to work on his phone project.

He also said this:

For us, we want to provide customers simple and elegant ways to do the things they want to do.

So, anyone that has an iPhone or iPad, we want them to have the best experience with Facebook on those platforms.

And “the best experience” surely entails system-wide Facebook integration with iOS 6 because their iOS client is crap, to put it mildly.

And though he remarked that Apple “continues to buy companies”, but “we don’t talk about all of it”, Cook underscored that Apple had no interest in buying Instagram.

Perhaps Facebook integration in iOS 6 is a go-go for the WWDC 2012 conference come July 11?

Would you deem such a feature essential to your iOS computing?