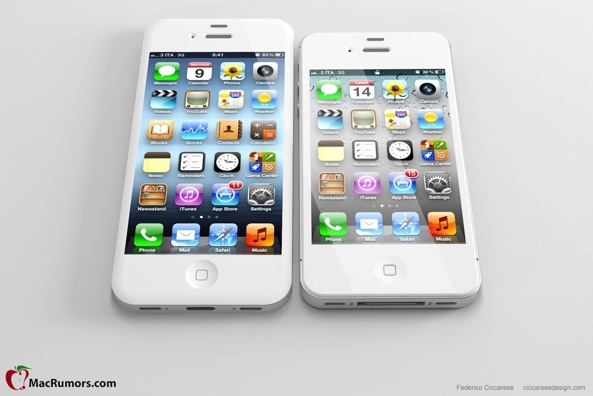 Reports that Apple will be finally increasing the screen size of its next-generation iPhone have certainly been piling up over the past few weeks. And today, the credible 9to5Mac is throwing its proverbial hat into the ring.

The site has just published a report that, if true, confirms a number of existing theories regarding Apple’s next handset including display size and resolution, and the oft-rumored smaller charging port. Read on for details…

According to the report, Apple is currently testing multiple new iPhone prototypes. This echoes a previous story from iMore that claimed that the company has yet to decide on a finalized design for its next smartphone.

The site isn’t quite sure which model will make it to retail shelves, but it says that both of the devices include new displays that measure 3.95-inches diagonally with resolutions of 1136 x 640. This matches up with the recurring 4-inch iPhone theory, which says that the display will get a bit taller but stay the same width, that has been floating around for the past month.

The report also mentions that both of the prototypes feature all-new, smaller dock connectors — another concept we have heard before.

“Apple will be bringing these dock connectors to all of their iOS devices over time, and it is note exactly a “pill-shape” as rumored. It’s basically a much narrower version of the current squared off (on the corners) dock connector. It is between the size of a Micro-USB and Mini-USB connector.”

Even with 9to5Mac’s accurate track record on the iPhone rumor front, it’s worth noting that these devices are still in the prototype phase and may never see the light of day. Not to mention that Apple has been known to float around  “fake” prototype models to discourage leaks.

That being said, the report does line up rather nicely with several previous dispatches. And from where we’re sitting, it definitely looks like Apple will be releasing a redesigned iPhone this fall with a larger display and a new dock connector.