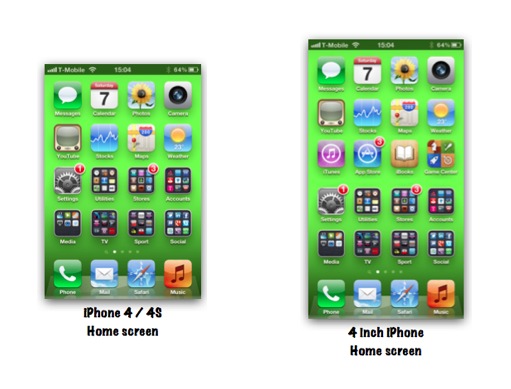 Even though we are likely a good 6 months away from seeing Apple’s next iPhone in the flesh, we are already hearing tons of gossip regarding possible new features. One rumor in particular, an all-new 4-inch display, seems to be surfacing rather consistently.

Folks in the Apple community have been postulating the existence of a 4-inch iPhone for more than a year now. And after more than two years with the iPhone 4 design, and over 5 years with the 3.5-inch form factor, many think the handset is ripe for a change… 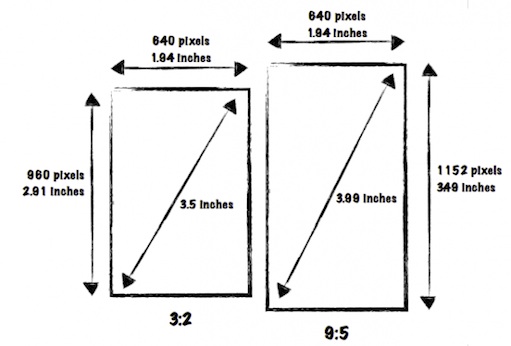 As noted by 9to5Mac, a user over in The Verge’s forums has come up with a pretty interesting case for how Apple could conceivably move to a 4-inch display in a future iPhone. He gives a lengthy explanation, but here’s the gist of it:

Of course, changing the screen’s resolution and aspect ratio would present a number of problems — especially for app developers. While it’s not uncommon for devs to have to redesign their applications for new Apple products (iPhone 4, new iPad), in this scenario, apps that weren’t updated would look noticeably different.

There’s two ways Apple could handle this. One, would be to stretch the app’s UI across the screen — which would look terrible. Or two, it could letter-box the app in its natural 960 x 640 area, meaning you’d see black space on either side of it. It seems, however, that both of these solutions would create Android-like fragmentation problems.

Despite these holes, the theory does have some merit. And we have to admit the mockups look good. It’ll be interesting to see if Apple finally decides to give the iPhone’s screen a .5-inch bump this year.