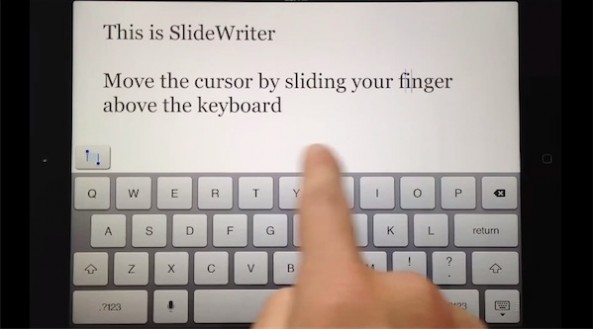 Not that we can blame them, but it looks like someone’s trying to capitalize off of the attention garnered first by Daniel Hooper’s iPad editing concept video, and then again by Kyle Howells’ jailbreak tweak that made the concept a reality.

SlideWriter is an upcoming App Store app that will allow you to edit text using techniques made popular by both the concept and the subsequent jailbreak tweak implementation.

The developers of SlideWriter have put together a brief video demo to show how the app works in action. Check it out inside…

As you can see, the implementation is similar, though not exactly as Hooper had envisioned. While the idea to make a standalone app may seem like a good idea, it’s important to note that such functionality is for this app only. Other apps have already implemented small traces of this editing style in the past, Apple’s very own Pages is one that comes to mind.

Whether or not it’s worth paying money (assuming it’s not free) for a standalone app just for this editing option is really going to be a personal decision. I just don’t see myself ditching my current text editor just to have this functionality built into one single app, but you may feel otherwise.