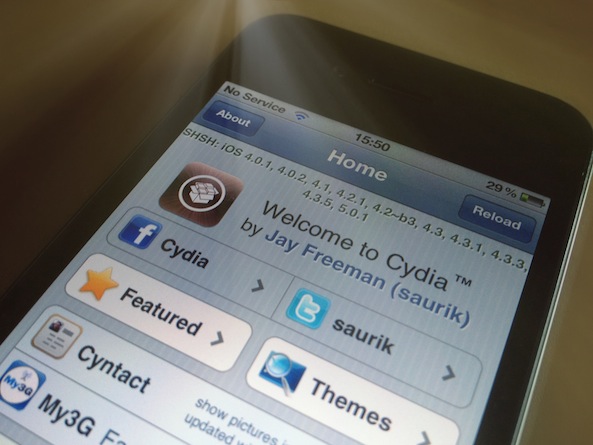 “After all most jailbreak users are only in it for running unlocks and pirating apps.” This was the last line in a series of tweets by infamous iDevice hacker I0n1c, talking about the state of the jailbreak. While I’m not typically the kind of person to get riled up over such an ignorant comment, I feel like there’s a similarly negative consensus about jailbreaking that needs to be addressed.

It’s a fairly true statement to say that all iOS app pirates are jailbreakers. After all, I don’t know of any other way to pirate apps – and if there is, it can’t be easier –  than by jailbreaking. But to say that all, or even “most” jailbreakers are pirates is asinine. From where I’m sitting, the jailbreak community looks pretty awesome. And it’s made up of much more than just pilferers….

Let’s start off with the talented group of hackers that make jailbreaking possible. Guys like pod2g and the Chronic and Dev teams put in countless hours of work to enable the average user to unlock their device’s true potential. And these guys don’t ask for money – outside of optional donations of course – or anything else in return for their hard work. Some might say that’s crazy.

Then there’s the developers. Jailbreak devs are constantly blowing my mind with the things they come up with. And I’m not just talking about the thousands of free and low-cost tweaks that turn tedious tasks into swipes and taps. Although, those are awesome too. I’m talking about the truly helpful tools that make life easier for iPhone users — tools that Apple would never allow in the App Store.

The best example of this I can think of is WiFiSMS, a free jailbreak tweak by developer treAson. While the utility is often overlooked by most people, it’s actually helping improve the life of some folks. JailbreakCon’s Reza Malayeri tells the story of how the app is allowing people with muscular dystrophy, a group of muscle diseases that weaken the musculoskeletal system and hamper locomotion, to text.

Admittedly, the video is kind of long, but the story is still pretty cool. Because of their disabilities, texting on an iPhone is difficult, sometimes impossible for these people. But thanks to jailbreaking, and WiFiSMS, they can use the full-size keyboards on their desktop computers to send and receive text messages.

And finally there’s the people. While this is the part of the jailbreak community that is the most likely to pirate apps, not all of them do it. Or at least that’s my opinion. Maybe I’m just naive, but I think that a majority of jailbreakers (over 50%) hack their devices for reasons other than pirating. Don’t agree? Come out to JailbreakCon this fall and see for yourself.

The second annual jailbreak convention will play host to hundreds of hackers, developers, and jailbreakers. And you know what? I bet app pirating will be the furthest thing from everyone’s minds.

What do you think? Are most jailbreakers pirates?