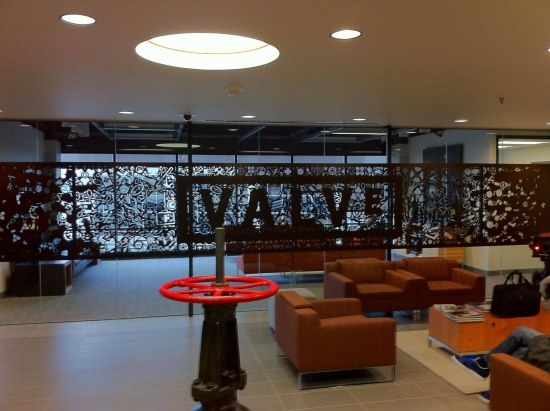 This is kind of interesting, AppleInsider is reporting that Apple’s CEO Tim Cook was spotted at Valve’s Bellevue, Washington headquarters this morning.

For those of you that aren’t familiar with the company, Valve is a PC game developer responsible for massive hits like Half Life and Team Fortress. It also maintains the popular Steam gaming platform…

Much like the App Store, Steam serves as a hub for several different applications. The platform caters to around 30 million gamers, and offers automatic updates and other App Store-like features.

Cook’s visit to Valve’s offices has spawned speculation that there’s some type of collaboration between the two companies. If you’re the CEO of the world’s largest company, you don’t have time to take a trip up to Washington for something non-important.

On that front, Apple has been steadily increasing its efforts in the gaming space over the past few years. It’s mobile division, headed by popular devices like the iPad and iPod touch, have taken the handheld gaming market by storm.

Of course, this could end up being nothing. But if it did turn out to be something, we would kick ourselves for not mentioning it.

What do you think Tim Cook was doing at Valve’s headquarters?