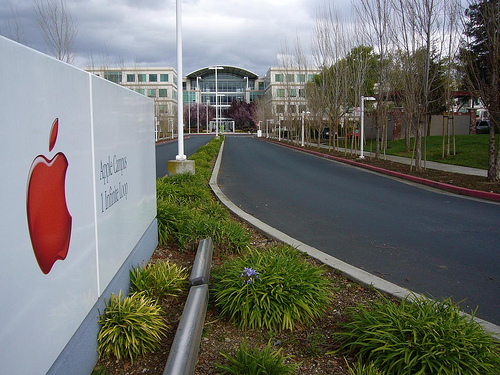 At this point, it’s fairly common knowledge that Apple outsources its manufacturing work overseas. Labor is much cheaper in countries like China, where there are no minimum wage laws, so it’s a huge draw for companies looking to lower their costs.

But not everyone’s ok with this. CNN’s Clyde Prestowitz recently wrote an article entitled “Apple has an obligation to help solve America’s problems.” The piece is essentially about the company’s lack of job creation in the US, and what it should do about it…

“As a business, Apple has a right to fear that moving the assembly work from China to the United States will entail raising labor costs so high as to make the company less competitive and profitable. But for it to say that it has no obligation to help solve America’s problems is completely unacceptable.”

That’s a pretty outlandish claim — to say that because Apple has become extremely successful, and because it’s headquartered in America, that it should put domestic job creation ahead of its own business needs. I have to agree with The Loop‘s Jim Dalrymple here:

“The problems in the U.S. economy are not for Apple to resolve. They pay taxes — I’m sure they pay a lot of taxes — and they employ tens of thousands of Americans in high paying jobs. Apple is not a charity, nor should it make business decisions based on a country’s needs or wants. Apple has one financial responsibility — to make money for its shareholders.”

Apple has come under heavy fire during the past few months over its refusal to bring its manufacturing jobs into America. In fact, the criticism has prompted the company to create a new section on its website explaining its value to the US work force.

I’ll be the first to admit that it would awesome if Apple could find a way to create more jobs in the US — I’d say the same thing for any company. But to say that it’s obligated to do so is a bit ridiculous.

What’s your take on this? Does Apple have an obligation to create more American jobs?