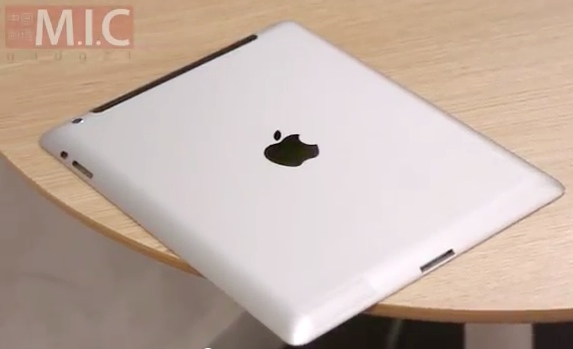 The entire tech world let out a sigh of relief last week when reports that Apple had sent out invites to a March 7th media event surfaced. Finally, after months of rumors and speculation, we’ll get to see Apple’s new tablet.

Can’t wait that long to see what the iPad 3 looks like? You’re in luck. The folks over at MIC gadget have gotten their hands on a number of iPad 3 parts, including its rear shell and front glass, and have put them all on video for your viewing pleasure…

The components in the clip fall in line with dozens of previous reports that the new iPad will be a bit thicker than its predecessor, but will otherwise look extremely familiar. Although iPad 2 cases aren’t expected to fit the new tablet, it appears that smart covers will work just fine.

It’s also worth noting that MIC gadget believes that the next iPad will feature Siri. We’ve heard a few whispers that Apple will be incorporating the digital assistant into the new slate, but have yet to see much evidence of that.

If you’re interested in seeing a fully-assembled iPad 3, make sure you tune into iDB next Wednesday. We’ll be providing full coverage of the media event, as well as giving our first impressions of Apple’s new tablet.