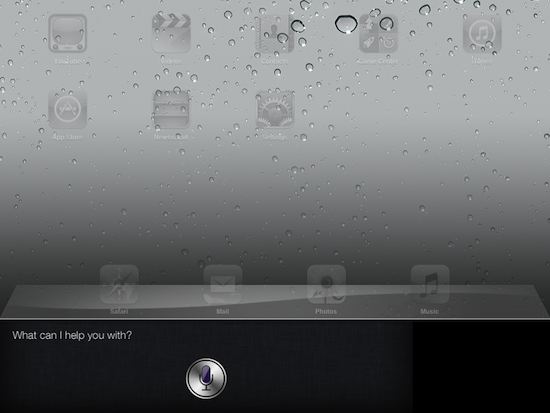 Apparently the latest iOS update contains evidence that Apple is working on an iPad-compatible version of Siri, Apple’s popular digital assistant. Dickinson uncovered the reference after loading iOS 5.1 beta 3 onto his iPad 2…

Unlike past findings, the Siri evidence isn’t hidden within the firmware’s source code. Anyone can see it. Just open up the Settings application on your iPad 2 (running iOS 5.1 beta 3 obviously), navigate to General, and select the Keyboard tab. 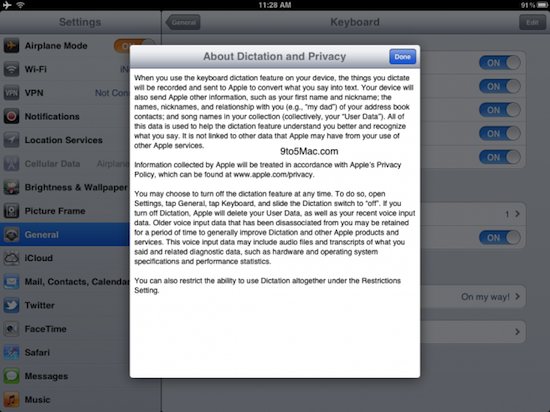 There you should find a new option labeled “About Privacy and Dictation.” The section hasn’t existed on the iPad before, so this could be a good indication that Apple is working on bringing at least the Dictation part of Siri to its tablet.

But as 9to5Mac is quick to point out, this doesn’t necessarily mean we’ll see this feature included in the public iOS 5.1 release. It may not be finished by then, or worse, Apple could be making this an iPad 3-exclusive feature.

Regardless, we’re still excited to see that Siri is iPad-bound and can’t wait to see what other new iOS features are revealed in the next two months.

Would you use Siri on the iPad? Let us know what you think below.