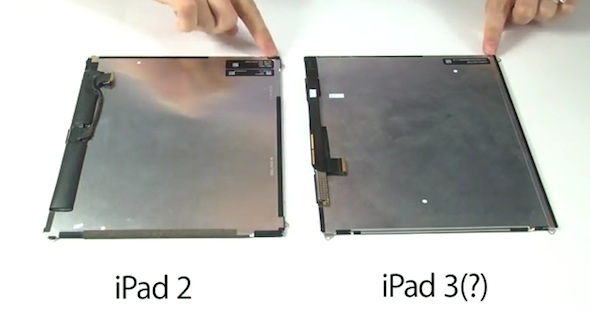 Last week, MacRumors gave us a sneak peek at what many believe to be an iPad 3 ‘Retina’ display panel. The component appeared to match the specifications of the oft-rumored tablet’s high resolution screen.

Now it looks like the folks over at iFixit, a popular electronics repair site, has gotten its hands on the purported iPad 3 display. And while they weren’t able to power the screen on, they were able to extrapolate some interesting information…

Along with a new display, the next-generation iPad is expected to receive a number of internal upgrades including a faster processor, better front and back cameras, and possibly LTE technology. Other than the massive spec-bump, however, the slate is rumored to look extremely similar to its predecessor.

Obviously, all of this is pure speculation at this point. But we shouldn’t have to wait much longer to see the real thing. Apple is expected to unveil its new tablet at a media event on March 7th.