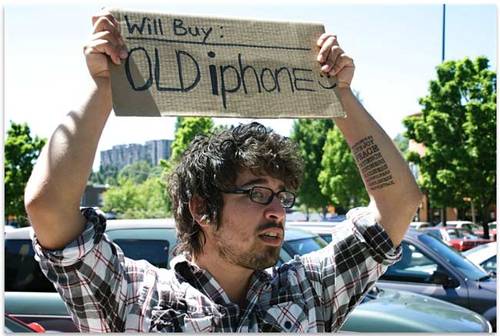 The long term value of a product is largely determined by its resale value. That’s why so many people will ask what the resale value of a car is before purchasing it.

Obviously it’s not as big of a factor when looking for a new smartphone (unless you’re paying full retail), but it’s still a concern. And according to a recent report from priceonomics, no other handset retains its value better than Apple’s iPhone… 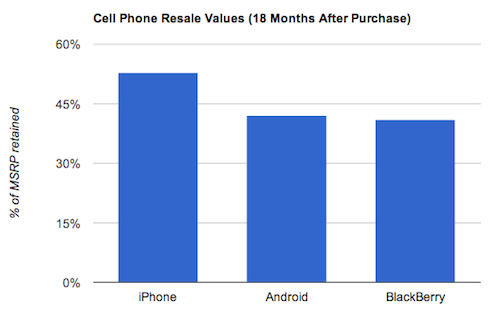 As you can see in the graph above, the iPhone tends to hold 53% of its MSRP (or full retail price) after 18 months of ownership. Android handsets came in second in the report, maintaining about 42% of their retail price, and BlackBerrys fell in dead last. 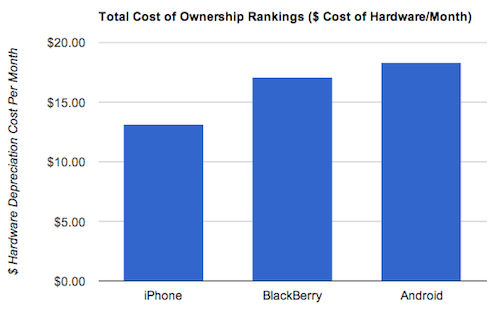 Priceonomics’ research also found that Android devices have the highest cost of ownership (yes, even higher than BlackBerry) out of smartphones, depreciating an average of $18 a month over an 18 month span. iPhones lose about $13 a month in value over the same amount of time.

Obviously, resale value isn’t everything to everyone. A majority of people are still going to choose their smartphones based on personal preference. But if it is something you’re interested in, then the facts definitely point to the iPhone as the better buy. Interesting.

Have you found that your iPhones tend to have better resale value than other smartphones?